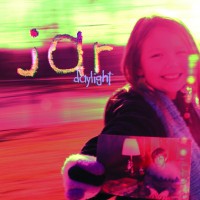 Jar was originally slated for an April 30 release, but Run For Cover digitally released it early as the result of a leak. --ed.

Daylight are a band whose debut LP has been anticipated by many for a long time. Jar is as direct as it comes in terms of chalking up a perfect combo of '90s emo, alternative, grunge and post-hardcore and laced all into one big pill.

No fan of the band's past EPs should be disinterested after listening to this record because it's got everything previously likable about them and much more. "Sponge" is drenched with that contemporary grunge feel. The abrasive guitar work cuts in the best way possible and Jake Clarke pulls no punches on the instrumentation with Taylor Madison; they're highly incredible on the album, with Madison's vocals adding that extra dimension of gruff angst and distinct lyrics to cement their sound. The sound they've cultivated over the years is still present, but the cohesive grasp Madison has on his delivery stands out even more. His pain is still very much tangible and amid the distortion, he's never sounded more powerful.

"Sheltered" reiterates that power on a record garnished with deafening and heavy guitars which still echo in Madison's catchy frames. The angled hooks and riffs proclaim how strong Madison wants his presence to be felt, and whether you're extrapolating some profound meaning or thrashing in the crowd to this, it's hard not to imagine fans enjoying the fucking life out of the music. Yes, there's that depressive tone that announced Daylight's arrival in the past and yes, Madison's vocals are immensely and intensely meshed in with his poetic agony.

"Knew" and "No One's Deserving" follow through strongly as intelligible, cohesive and badass post-hardcore punk anthems. Daylight really flourish by displaying their variety and the scenes they depict sway from frantic to softly shimmering fits of melodic alternative rock. "Hole In The Ground" is another testament to this and the harmony of what Madison does is outstanding. There's no outrageous flair; it's all substance over style.

2012 was the year of Title Fight's "Head in the Ceiling Fan" and if you loved that song, you're gonna be boisterous and giddy for Jar. It isn't dissimilar from their older music, but from Daylight's extensive touring, relenting 'melancholy and sombre-writings of the world' and a desire to incorporate doses of maturity into their music, they've certainly done their new recipe justice.

Integrating all these points and refining what they plan to execute on the road is something they've clearly paid a lot of attention to. The meticulous details and minor flaws seem to have been corrected and it's amazing to see, despite at times being too personal and close for comfort, how they've progressed and evolved. Daylight have released an album that'll have you talking about it for weeks. "In On It" encapsulates the best of their work and as Jar evolves to an exploding end, it's a great feeling to know they'll be front and centre because of this. Reforming, improving and enduring.