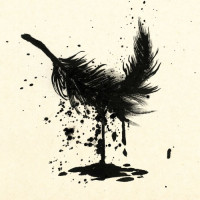 While they're still more than capable of generating a sonic mass of technical chaos, it seems that these days the Dillinger Escape Plan are most comfortable and confident exploring more melodic pastures. On One of Us is the Killer, their fifth full-length and first for Sumerian Records, even the heaviest tracks–such as opening salvo "Prancer" and the furiously spastic "Hero of the Soviet Union"–break away into more traditional rock sounds midway through. The heavy parts are still convincing enough as to not feel forced, but it's clear the group have bigger things on their collective mind.

Case in point: the absolutely jaw-dropping title track, which could almost be described as a really heavy Mars Volta song. Past tracks like Ire Works' "Black Bubblegum" and Option Paralysis' "Gold teeth on a Bum" saw the group breaking from their established sound, but they always felt slightly out place on their respective albums. "One of Us is the Killer" manages to be both the biggest stylistic departure of DEP's career thus far, and still fit like a glove in the context of the album with which it shares its name. The jarring polyrhythmic drums in the chorus represent the perfect melding of the group's chaotic early work with their modern melodic flair.

Ever since the group collaborated with Mike Patton for 2002's Irony is a Dead Scene, it's been standard critical practice to dispense Faith No More and Mr. Bungle comparisons when talking about their work. Now more than ever though, it's a valid argument. Some of these new tracks, especially "Nothing's Funny" and "Paranoia Shields," strongly recall post-Angel Dust Faith No More, thanks mostly to Greg Puciato's Patton-indebted, chameleon-like vocal range. Both frontmen can go from a smooth jazzy croon to a blood-curdling shriek at the drop of a hat, and while Puciato has more than enough personality of his own, there is a clear influence audible.

Working once again with producer Steve Evetts, the sound of One of Us is the Killer is perfectly tailored to its songs. What that means, however, can change drastically at any given moment, sometimes within the same track. In "Understanding Decay," the most abrasive moments are presented rawly, with a cutting guitar sound and thundering bass. In the lighter passages, however, we are treated to a variety of sonic background distractions, including the sounds of some alien battle in the chorus and the electronic drum samples that open the track, which are strongly reminiscent of "The Amen Break" and have been used by everyone from N.W.A. to Nine Inch Nails.

In a sea of faceless (pun acknowledged, but not intended) math-metal virtuosos, including several of their Sumerian Records labelmates, none have ever really had the personality and charisma that put DEP at the top of their field. Their constant willingness to try new things has led to one of the most interesting career progressions in heavy music of the last decade. One of Us is the Killer is the next step in their evolution and it's a big one. For any fan, past or present, this is mandatory listening.

Fall Out Boy: Save Rock and Roll