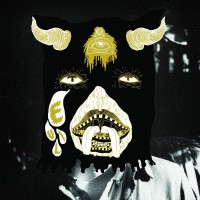 2012 marked the end of an era for Portland, OR psych rockers Portugal. The Man: It was the first year in which they did not release a full-length album since dropping their debut Waiter: "You Vultures!" back in 2006. They have been such a prolific band that it's become hard for anyone other than die-hard fans to keep up. So while a two-year gap between albums is standard for most, in Portugal. The Man years, it feels like an eternity since they dropped In the Mountain in the Cloud. It seems the break has done them some good however, as Evil Friends may just be their strongest showing yet.

Portugal. The Man have always sounded strongest when crafting pure pop-rock. This is not to say that their psychedelic soundscapes and studio experimentations have been uninteresting, as they have often been quite compelling. However, rock radio-ready singles such as 2009's glorious "People Say" are where the band really shine, and with a little help from hitmaker Danger Mouse, they've finally made an album full of them.

Opener "Plastic Soldiers" starts things off slow and weird, with slow-burning synths over vocalist John Gourley's coos of "Everything carries weight, everything is the same, and we are all together," but after the first minute or so, it's an uptempo acoustic guitar and hip-hop beat-driven rock song with hooks for days. "Creep in a T-Shirt" is where Evil Friends really takes off, with its driving bass line, punk attitude (the chorus consists some oohs and ahs over a refrain of "I'm a creep in a t-shirt and jeans. I don't fucking care") and horn section reminiscent of It's Great to Be Alive-era Fake Problems at their funkiest and weirdest. The drugged out dancefloor anthem "Purple, Yellow, Red and Blue" recalls Of Montreal if Of Montreal knew how to use a little bit of restraint.

"Modern Jesus" and "Hip Hop Kids" are also among the strongest, and coincidentally most immediately catchy songs the group has penned to date. As he does with records he produces, Danger Mouse gets the best performances out of PTM. He has a great ear for melody, as his attention to detail helps bring the group to a higher level, both as musicians and songwriters.

The centerpiece of the album is the gorgeously heartbreaking ballad "Sea of Air." While Evil Friends showcases a vast array of unusual instrumentation and studio flourishes, "Sea Of Air" is mostly confined to an acoustic guitar and handclaps. I have no idea what was growing through the group's no doubt psychedelic-addled minds when they came up with chorus of "We got the whole world hangin' there/In our little sea of air," but somehow it feels incredibly poignant.

Everything there was to like about Portugal. The Man before is present on Evil Friends and multiplied tenfold. Every song on here is hummable and toe-tap worthy. Perhaps they should take two-year breaks between albums more often.