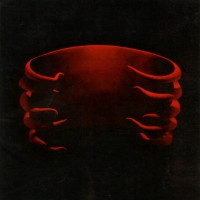 The popular narrative is that grunge (specifically Nirvana's Nevermind) killed off metal in the early '90s. The truth, as it always tends to be, is a little more convoluted. Yes, Nirvana's ascent up the charts toppled the decrepit decadence of hair (nÃ© glam) metal. But the truth is that after so much empty, sugary pop, metal was due for a fall anyway. It's the reboot that I'm concerned with.

1993 was chock full o' big grunge releases, but already metal was beginning its resurgence. The underground brought forth the likes of Sleep's Holy Mountain and Carcass' Heartwork. Rage Against the Machine's self-titled debut, released the previous fall, married metal power to funk and rap with explosive results. And then there were Tool, the curious little California band that managed to go double platinum with their first LP.

Undertow is contrarian for sure. Too technical to be alternative, too streamlined and angry to be prog rock. It references Bill Hicks and has a spoken word cameo from Henry Rollins. It features a stupid number of empty hidden tracks but they're all one second long. It doesn't invoke Satan's name, but that just made it all the more frightening to the Christian Right for questioning the Church. Yet despite all the religious thought, it also manages to be a funny record in spots, reminding listeners that Tool used to roll with the Mr. Show folks.

Tool weren't the first metal band to crossover with punk (thanks thrash), and some people debate their metal credentials, but trust me, Undertow is an insanely important record. Pantera had the riffs, but Tool had the brains. Singles like "Sober" and "Prison Sex" had the kind of angry self-reflection that punks felt. Sure, they married Maynard James Keenan's lyrics to twisting, mathy passages, but anger is anger. If Nirvana hadn't gotten the ball rolling, Tool and their ilk would have knocked down '80s metal bands anyway.

"Intolerance" creakily, creepily reintroduces the band. Previous EP Opiate was solid, but a little weak lyrically in spots. Undertow does not have that problem, and the artistic jump forward is almost startling. Keenan isn't the only one advancing; guitarist Adam Jones brings a whole lot of snarl to temper the more proggish elements. Tunes like "Swamp Song" and "Disgustipated" simply do not let up, and for all the lengthy musical explorations, Undertow remains a stirring exploration of the self and a stunning record for 1993.

The Muffs: The Muffs