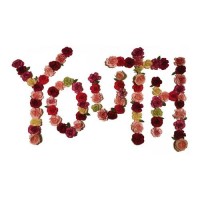 After Young States in 2011, I knew Citizen had immense potential. And now, this album shows just how much that was an understatement. Youth is Citizen's ripping take on the emo/melodic genre that plays remarkably off grunge and hardcore elements to make this ironically-titled album their most hard-hitting effort to date.

"Roam The Room" sparks recollections of Daylight's Jar, coincidentally released by Run For Cover this year as well. This is just the tip of the iceberg as the album swells into more impressive territory as it goes on. Citizen have come a long way from their pop-punk grassroots, and even then I never found them as a fit into that genre. The evolution here rests on a brooding, detached outlook, which again surprises as their most mature material.

"The Summer" echoes the expansive, haunting tone of Youth and Mat Kereke's stories. There's so much pent-up angst that it's a bit disconcerting at times, but what he narrates is voluminous when backed by Nick Hamm and Ryland Oehlers on the guitars. Chalking up this newfound, promising aggression to Citizen's repertoire is pretty clear-cut when you realize that they're quickly right up there, and possibly surpassing, bands such as Make Do and Mend, Balance and Composure and Seaheaven. They even impress with dark-grafted inclinations akin to Title Fight and Daylight.

"The Night I Drove Alone" steals the album for me. It's pure heartbreak. 'I ran away from you / And now something's killing me / You hang me up like a souvenir / Of what I couldn't be / And I should have crashed the car when I was all alone / To escape from all I know' says it all. Fucking gut-wrenching. Kerekes lays it out bare and as deep as the lyrics cut, they powerfully resonate. The manner in which the track starts off slow, then dynamically builds to this explosive crescendo shows how much Kerekes holds in and is waiting to let loose on the mic. "Sleep" remonstrates the feeling of loss on the record and it's like Seahaven meets Manchester Orchestra in its lyrical and musical attack. The emotional, desolate feel is tremendous.

The pacing of Youth is near-flawless. It's a gloomy atmosphere but ambitious nonetheless. I never anticipated Citizen delivering something like this. Not for a lack of potential but because I never saw any creative template laid prior, that hinted otherwise. Halfway through 2013, and this record's one of the top 5 so far.