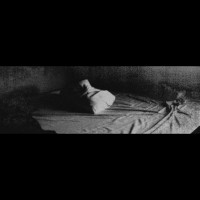 Whirr evolved slowly over the course of their initial releases. By the band's apex, on last year's Pipe Dreams LP, they'd emerged as a sophisticated and versatile group that could take dollops of '90s shoegaze, post-rock and noise pop, and apply them to variably heartbreaking methods: delightful, driving pop numbers ("Junebouvier," "Home Is Where My Head Is") or breathtaking mini-epics that leaned more towards ambience but retained clearly melodic sensibilities ("Reverse," "Formulas and Frequencies").

Around, however, might be their watershed moment. Anyone who's witnessed the band play in person recently might notice the absence of the female vocalists present on this four-song, 28-minute-long EP in question, and the greater focus on deafening, dissonant atmospheres that barely pay any heed to Whirr's studio work. Around isn't as drastic a departure from Pipe Dreams as their current live show is, but a mere glance at the track lengths is quite telling: Pipe Dreams' longest track, the aforementioned "Formulas and Frequencies", clocked in at 5:54, a mere second longer than Around's shortest ("Swoon," at 5:53).

"Drain" offers a brief, catchy refrain of the song title near its close, but it's essentially the only pop hook Whirr let slip through on all of Around. They hold onto the dissonant, female vocalizing and post-rock unfurling of the earlier stuff, but they're moving at what feels like the agonizing pace of slowcore. They're still painting gripping, shadowy and sometimes emotionally wrenching scenes, but their unending, rhythmic marches may lose a few along the way. And even with just a quartet of songs, Around feels like far more of a one-trick-pony than Pipe Dreams was.

Not to say Whirr's totally slipping, or losing their touch. The relative brevity of "Swoon" makes its sharpened, chest-needling twinkle all the more notable and effective, and there are a couple startling volume changes in the otherwise deeply murmured "Keep" that'll likely regain wandering listeners.

Otherwise, the snail's pace and ineffectual dwindling (some of the closing title track) are detrimental to Around's overall effect. Whirr's clearly moving to the beat of their own drum, rotating in new vocalists (who, at least, largely tend to sound similar) and opting for more dissonant and graying atmospheres. It feels like a losing compromise, but they're more than merely competent players at it for now–just strap in and make the most of the ride.

In Between: Still [EP]