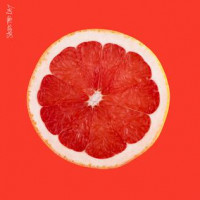 For the first time in Saves The Day's career, Chris Conley seems happy. While the band earned their reputation and fervent fanbase through anthemic pop-punk hooks, lyrically speaking STD have been perennially dark. It's fitting that their new album (and eighth overall) is self-titled; Conley, now in his early 30s, has found love and started a family, and his lyrical outlook on this album – not to mention that cover art – strongly represents his sunnier disposition. Longtime fans may initially bristle at the shift, but Saves The Day is actually the band's best work in quite some time, maybe since Stay What You Are.

Self-produced by the band (and partially crowdfunded), Saves The Day has an organic sonic feel compared to 2011's Daybreak. It serves the songs well, which contain some of the best guitar-pop STD have recorded in quite some time: The bent guitar tones and methodical drums of opener "Remember" and "Verona" have a Superchunk feel; ballads like "Beyond all of Time" and "Supernova" have a live, open-room feel not normally reserved for ballads; crunchy, mid-paced tunes like "Xenophobic Blind Left Hook" (which lyrically, is a bit of an outlying throwback) and "Tide of our Times" hit hard where it counts.

Much has been made of Conley's voice, and how it's seemed to miraculously become higher as he's gotten older. Those grumbles, even if it's been like, six albums at this point, will probably continue with Saves The Day. Really though, given the band's philosophical turn toward the positive and how poppy and tightly-wound these songs are, it fits. See the super-catchy "In the in Between" and "Lucky Number," as well as "Stand in the Stars" which could pass as a latter-era Jimmy Eat World cover.

Saves The Day feels like a much-needed emotional reboot for the band after a concept trilogy of mostly-just-okay albums. Saves The Day sound lean, concise and reenergized. Pleasant surprise.