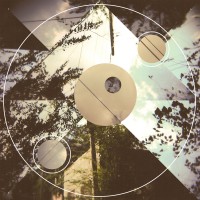 The Appleseed Cast settled into their role so long ago that the narrative regarding their transition from emo to nearly full-on post-rock seems like a dull and dated one by this point. But it warrants a brief mention, because Illumination Ritual splits the difference, retracing the soft melodic power of their pre-Low Level Owl 2 era with plenty of the more atmospheric builds and jams prevalent on their catalog in more recent years. It could also be their straight-up best album in a decade.

Illumination Ritual sounds less like a compromise and more like a refocused strain of what the Appleseed Cast do so well: effortless vocal melodies punctuating undulating, intricately decorated rhythms, with an easier-going feeling that sounds oddly natural for them now. It leaves behind the meandering, occasionally tedious tendencies of their prior release, 2011's relatively solid, safely ambient Middle States EP, in favor of comparatively tight structures; the band's still jamming out plenty of times, but there's more purpose to it. Major standout "Great Lake Derelict" features passages of skittering percussion and prickly guitar picking with shifts into open, widescreen moments, and a prolonged sung refrain in the middle of it that's so enriching it sounds like a chorus, even though it isn't repeated.

The first-half 1-2 of "Cathedral Rings" and Side A closer "30 Degrees 3 AM" feels like the high point. "Cathedral Rings" sounds downright aggressive in the context of the band's catalog, with frontman Chris Crisci getting as fierce as he's been in a long time, almost snarling "Burn it down!" repeatedly at the end of the chorus; the Appleseed Cast still basically sound like the Appleseed Cast here, so it certainly isn't a mantra for their entire M.O., but hearing them storm through something as lively as this is just refreshing. "30 Degrees 3 AM" finds them giving into a far more traditional structure, with an entrancing, repeated bob-and-weave melody, a designated bridge, and a title and possible allusion to fireflies that gives its four minutes and change some stronger imagery.

But the band don't run out of great ideas that early, or at least captivating ways to deliver that same idea. After the emphasized electronic flourishes of "Branches on the Arrow Peak Revelation", "Barrier Islands (Do We Remain)" swings through with a breathtaking hook, maybe the most so as far as the entire LP goes. Illumination Ritual finds a wonderful flow here, as one song moves to another with impressive ease; it's more a realization than an observation when the six-minute "North Star Ordination" is underway.

Basically, highlights are all over the place on the Appleseed Cast's eighth full-length, which makes it as enthralling an effort as they've had in some time. Not to say they've been turning out clunkers every two or three years, but there's a renewed energy and focus on Illumination Ritual that lifts it towards the upper echelon of their best works.

Pinkish Black: Razed to the Ground