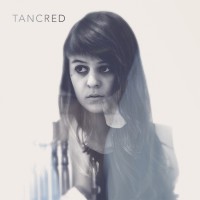 Fronted by Jess Abbott of Now, Now, Tancred is a real treat. As the lone official member of the group, there's a captivating feel of indie-tinged delight Abbott translates and as catchy and touching as her messages get, it's never too poetic or preachy, but rather, something more digestible. If Run, Forever had a show with Silversun Pickups, Slingshot Dakota and Allison Weiss, Tancred would fit right in. There are a lot of parallels drawn to the bands mentioned above and what Tancred represents is simply, indie music done independently, freely and with a lot of passion.

The album takes a while to set in, as the first couple tracks seem to hinge on a formulaic bass line. It's nothing too startling in under 30 minutes, but the pace initially meanders a bit, and sounds too familiar in the opening songs. "The Ring" and "Allston" do emphasize that there's strong songwriting on board, but the delivery just isn't quite there. But, then "Twelve" represents the charm and catchiness that Tancred want to perpetuate.

Abbott articulates so well, as she expands on her endearing poems with a methodical poppiness and charming precision. Her soft-sung melodies stand out most on these tracks and smartly caress the tempos, with well-laid verses and singalong choruses adding melody and rhythm in the right spurts.

"Indiana' is faster-paced but really resonates a la the paragraph above. It adds diversity, even as some tunes do act as continuations from their predecessors. "When You're Weak" embroiders an alternative indie vibe with nifty hooks and again, a hammering bass line, to compound the catchy atmosphere of Tancred. But all hands aren't shown until the reveal of the closer; "The Worst Kind" is a glowing ballad, draped with soothing pianos, that shines a brighter light on the album. It's very reassuring in the least.

Tancred is a surprise record. It's always pleasant though to be caught off-guard like this. Building on this is something I'd love to see as soon as possible, just because, this album seems like the ideal foundation for liftoff. It has its flaws, but it's clear Abbott's locked onto something special in these budding stages.