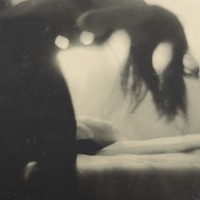 My Fictions / The Saddest Landscape

The Saddest Landscape were always going to be leading my interest into this split. That's not because I'm not a fan of My Fictions, but it's because I felt the latter, save for I Want Nothing in 2011, have always represented unfulfilled potential to me. This collaborative split, however, proves a pretty good representation of both bands, with TSL offering a typical and non-varying delivery on what they've come to establish. My Fictions do manage to strengthen an extra layer of ferocity to, what I assume would be, a very loud shout out towards making their mark known even more in the hardcore realm.

My Fictions display nothing too unique in "You Never Stay," but what the song does is alleviate fears that they may have tinkered with their hardcore drive and power. The driving guitars, hyped by some pretty raging drum-work, form a framework that can best be described as calculated aggression. Their hardcore style is brought out best by Seamus Menihane on the kit with some Hatebreed-esque double-kicking and very rapid stick work. It's a good foil for TSL to follow up with "Loss Will Find Us" as it canvasses more with their established screamo vibe. With subtle melodies strewn in over Andy Maddox's yells, the song is what you're familiar with from these guys – distorted guitars, heavy drums and a Wave-esque feel, which is tempered by that quiet mid-track stretch. It feels like a sequel to "Desperate Vespers" off After The Lights with its calm bridge and multi-layered vocals. The noisy effect of the crashing cymbals give that demo-like feel which you even connect with if you picked up Exit Wounded earlier this year.

These two tracks act as a precursor to the haunting "When You Are Close, I Am Gone" which blends My Fictions' hardcore essence perfectly with TSL's post-hardcore and screamo deluge. Both bands combine on this one track and it barrels down on the listener with a shimmering effect of despair and anger. It adds to a sense of being afraid. The intro is quite vulnerable-sounding, as it calmly builds a steady tempo, luring you in until the raging guitars kick in. My Fictions helm the first section of the 13 minute song and it's once more their typical sound, that this time around pans out like a heavier Touche Amore. It segues into neat little power metal riffs peppered over TSL's screamo spine, which adds nothing new or expansive, yet comes off pretty formidable.

Solid pickup? Yes. Way too short? Yes. Even with a lengthy end track, as a listener somehow you feel that you didn't explore the bands as much, especially My Fictions. The hints at what's to come are more than promising, given the snippets both offer here. TSL have proven their pedigree and My Fictions are well on their way. How far both actually go is what I'm eager to see. But nonetheless, both their directions offer a lot of positivity. Their mettle no doubt passes the test.

Samiam: Whatever's Got You Down [reissue]