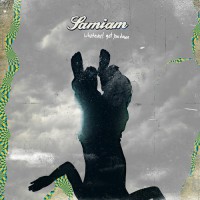 After releasing Astray in 2000 – which has grown to be perhaps Samiam's most well-regarded album – the band sort of went away, breaking up but not really breaking up, no longer concerned with being a "career band." Six years later, though, Samiam were back in the studio recording Whatever's Got You Down and the pressure was fully off; with the assistance of Chris Moore, the band produced large parts of record themselves with middling results. While it was clear the band hadn't lost a step in their songwriting, the album's extremely raw, often muddy production hindered the songs' impact and memorability. While Samiam stood by the creative decision at the time, by 2009 or so it was clear to the band that the end product wasn't the best representation of those songs.

Like an arc angel, Jeff Dean descended from Chicago, placing his steady hand on Samiam's shoulders – and his other hand on some knobs and buttons inside Million Yen Studios – and breathed new life into Whatever's Got You Down. It's remixed, remastered and wholly restored. This is Whatever's Got You Down the way it was meant to be heard.

To Dean's credit, the rawness of the initial mix is somewhat preserved here; everything is just plain louder and more immediate. The drums hit harder. The guitars ring crisper. The vocals soar higher. Hell, some of the vocal takes don't come close to resembling those of the original; "Take Care" and "Holiday Parade," two of the best parts of WGYD then and now, sounds like entirely new songs. The drama in perhaps the album's best three-song suite, "Get It Right," "Do You Want To Be Loved" and "Storm Clouds," is amplified with this re-imagining, too, with Jason Beebout's once-awkward vocal takes especially revitalized.

Portions of WGYD benefit by being dialed back in this remix as well: Here, "Come Home" seems more reserved and distant than on the album's original mix, allowing the guitars and drums to create tension-filled impact while Beebout quietly sings just barely above them, as opposed to the original where his raw vocals elevated above everything else.

In addition to re-imagined cover art, the reissue also includes a cover of the Zombies' "This Will Be Our Year." Smartly, Samiam play it pretty close to the original, save for some louder guitars. Beebout sings softly, smoothly and admirably. It's a nice and quick way to end this album, one that now has the legs it needs to rank among the best in Samiam's mostly very good-to-great discography. Anyone left nonplussed by the original mix of Whatever's Got You Down will be pleased to hear that things have finally been made right.

My Fictions / The Saddest Landscape: When You Are Close, I Am Gone [split]