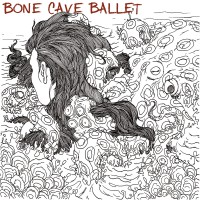 Never would I have thought I'd be reviewing something that could be remotely described as âprogressive' in any way, shape or form. I've certainly not heard of âprogressive punk' unless it's a subgenre so closely guarded that it's yet to be delivered to us by those canny marketing professionals who like to package things in an easy to consume way to keep us from getting confused. Anyhow, Seattle's Bone Cave Ballet are referred to as a progressive outfit of sorts, with the main thrust being a metal/rock sound that is being progressed. On paper, this is something I'd have no interest in but there is a kick here, and that is that the musicianship is of the highest quality, and although that's not necessarily enough, they back it up with five songs that are well-constructed and performed.

Not once during those five tracks do I find myself looking to fast forward or skip a track, as each are loaded with intricate guitar work that my cause me to hold my sausage fingers up in shame, whilst the rhythm section seems to come from different directions as it manages to drive the songs along to conclusion. In terms of complexity, it makes me think of the likes of the Rhythm Pigs, a band who could twist and turn and shift gears at will, yet never sound like the plot was in any danger of being lost and importantly, not leaving the listener behind in a mire of noise.

Beyond the musicality that is provided by the quartet, the vocals of Jacqui Gilroy provide the main focus with a hint of Carrie Akre (Hammberbox, Goodness, The Rockfords) as well as Liz Eldredge (Even In Blackouts), delivering a strong performance which I find entrancing.

Compared to their previous release The Echo of Entropy, these new songs show a band who have moved on a bit, as there was more of a gothic tone to the tracks on the 2009 album, whereas it's impossible not to notice influences from most notably Black Sabbath on Will of the Waves.

So this isn't going to push the buttons of die-hard punk rockers who can't see past the four letter word that they defiantly define themselves by, but if you do have a yearning for something a bit more acrobatic and expansive, that is relatively easy to listen to, then I'd suggest tracking this down.