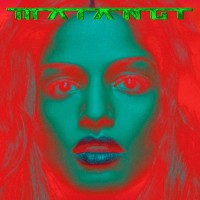 Over the past six years, Maya Arulpragasm, known to the world by her stage name M.I.A., seems to have nestled restlessly into either of two distinct conceptions in the minds of the American public. To the average Top 40 consumer M.I.A. is mostly a one-hit wonder, whose Clash-sampled anthem flew up the charts in 2008 bolstered by Slumdog Millionaire and "Swagga Like Us" but was just as soon forgotten. Toss in a nationally televised middle finger widely seen as a publicity stunt to reinforce an image and steal the spotlight from the star, and that essentially sums up M.I.A.'s mainstream exposure.

In contrast, the less prevalent but still vast legion of indie culture adherents, club scene snobs, and educated army of armchair Robert Christgaus has championed the Sri-Lankan Brit since her days of rapping over self-produced MC505 beats and directing her own videos. Despite a standout single, whose YouTube views in excess of 45 million indicate widespread reach, Matangi will find most of its audience among the latter demographic, whose respect for unencumbered artistry and genre-bending dexterity is not constrained by the expectations of the mainstream.

Sonically, Matangi spends equal time both borrowing bits from M.I.A.'s earlier catalog and charting entirely new ground. For every song that sounds like a rehash (the World Almanac recitation of the title-track which bears a remarkable similarity to 2007's "Bird Flu") there's something fresh like "Come Walk With Me." The latter is a shapeshifting aural journey that embarks with a semblance of calm reggae before taking a 90 degree turn midway through and morphing into a marching Carnatic dance jam. "Warriors" is bolstered by a menacing hip-hop backdrop akin to GOOD Music's "Clique," while "Double Bubble Trouble" channels more Steel Pulse than "Black Steel in the Hour of Chaos."

Thematically, Matangi represents the convergence of its namesake–the given full name of Mathangi "Maya" Arulpagrasam–shared with an outcaste Tantric Hindu goddess of the spoken word whose mantra is coincidentally "aim" (M.I.A. spelled backwards) and whose mudrā is–you guessed it–a raised middle finger. The minute-and-a-half opener "Karmageddon" sets the subject in motion, while club banger and Nissan Rogue spot soundtrack "YALA" serves as its capstone. An acronym of "You Always Live Again," "YALA" is the reincarnationist's direct response to Drake and Weezy's iconic phrase "YOLO" or "You Only Live Once," derived from their hit collab "The Motto." Like "The Motto," "YALA"'s freeform verses relate little to the overall theme. Unlike "The Motto," the matter is addressed directly in its outro, as Maya muses, "If you only live once, why we keep doing the same shit?/Back home where I'm from we keep being born again and again and again and again/That's why they invented karma."

The album loses a bit of its punch in the second half with melody-driven numbers "Lights," "Know it Ain't Right," and "Sexodus," a Weeknd-featured remix of "Exodus" which appears earlier in the tracklist. But before transitioning into relative balladry, the frenetic "Bring the Noize" proves the 38-year-old M.I.A. is not necessarily slowing down, while the incendiary "Bad Girls" captures the culture-clashing zeitgeist of a globalizing planet.

Those who felt alienated by the abrasive industrial direction of M.I.A.'s previous endeavor MAYA will likely find comfort in a return to relatively pleasant aesthetics. At the same time, Matangi demonstrates a pronounced willingness to continue taking chances and deviate substantially from what's expected of a platinum-selling artist, a commitment M.I.A. seems to honor above all else.

Random Conflict: Tradition Is The Enemy

Chrysalis: Focus On The Center