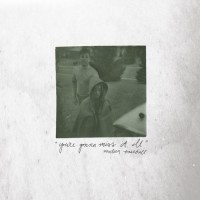 [Editor's Note- This is a dissenting review. See, also, this review.]

The first time I heard Modern Baseball I was sitting in a dark dingy bar Downriver, an area south of Detroit that has an equally depressing atmosphere as the once thriving city. Flowing though the speakers were descriptive melancholy lyrics over passive aggressive rock guitars, which felt fitting. Taking an interest in the music, I asked my friend who this band was. Between the two of us, we couldn't figure it out. "It sounds like the spawn of Cheap Girls and The Front Bottoms" I exclaimed aloud hoping that someone would be able to put our wonderment to rest. Hearing my brilliant observation, the woman next to me chimed in to inform us that it was Modern Baseball. She said it with a tone that had a bit of disgust as if I'd been living under a rock. Thanks to the internet I was able to check out their only album at the time, 2012's "Sports", after returning home. Noticing that they had a new album coming out in 2014, I was determined to lose my under the rock residence in case I found myself in conversation with another punker than thou type; I preordered their new record "You're Gonna Miss It All".

"You're Gonna Miss It All" is the group's sophomore release and like their previous album "Sports", all the recording was done themselves. It's pretty impressive for a group of college kids that've only been a band for a couple years. The band consists of dueling singer guitar players Jake Ewald and Brendan Lukens who both similarly have a wordy monotone way of getting their message across. At times the wordiness of their lyrics can become a little much and takes away from the rest of the instruments but, that's their style. They don't just throw a few clever lines that rhyme together; they tell a story. Both Ewald and Lukens sound similar enough that if you weren't paying close attention you wouldn't be able to distinguish the two apart.

Side A is pretty solid, but doesn't have anything that desperately stands out. The use of tambourine in the opener "Fine, Great" and steel guitar in "Notes" are nice additions to the standard guitar, bass and drum configuration, but very rarely does it sway. Side B starts aggressively with distorted guitars and drums in what's probably the most stand-out track on the album, "Charlie Black". The sing-a-long melody complete with whoa's in the chorus as well as the breakup of the drums during the verses, complement the song nicely. I felt the impact of that song was decreased by the following track, "Timmy Bowers". It's an extension of the prior song that feels like a filler, containing a modified version of the second verse over acoustic guitar and ambient noises. I honestly didn't notice it was a separate track until looking at the lyric sheet.

None the less, "YGMIA" doesn't break any new ground in the bands limited catalogue and at times feels like an extension of "Sports". I don't think the bands intention was to give the fans something completely different though. I'm sure the group is content where they are as long as the fans keep singing along in which this album provides multiple opportunities. With future releases, it will be interesting to see how this band matures. Lukens might have said it best though, opening the record singing "I hate worrying about the future cause all my current problems are based around the past."

Off With Their Heads/The Slow Death: Live in Miami

Posture and The Grizzly: Busch Hymns