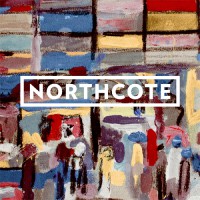 The acoustic punk movement has been running strong for quite some time now. Front runners such as Chuck Ragan and Tim Barry have been expanding the musical horizons of fans from their native bands (Hot Water Music, Avail) and introducing them to a brand of country infused folk. One wonders if you could even call it punk anymore since the only thing clinching it to that category is the DIY ethics that these musicians adhere to. Northcote, aka Matt Goud, falls into this category. After playing in the punk and hardcore community for a number of years, the Saskatchewan born Goud set sail towards the route of singer songwriter. With two prior releases behind him, (2009's "Borrowed Chords, Tired Eyes" and 2011's "Gather No Dust") his junior effort, 2013's self-titled "Northcote", justifies to listeners why his name belongs amongst other top players.

The album starts soulfully with a polished acoustic guitar and Goud's fine-grit sandpaper voice in the track "How Can You Turn Around". Slowly the use of other full band instruments creep in before diving head first into a sing-a-long chorus. Even though Northcote tours acoustic with whoever can accompany at the time, he takes advantage of full band arrangements leaving only a couple true acoustic songs on the record. A track like "Burn Right Past Them All" musically expresses his acoustic roots featuring an accompaniment of a lone trumpet over the chorus before haunting cymbal hits round it out. What sets this album apart from others in the genre is the big sound that fills the speakers from track to track. The production value is high but not overly done to where listeners would be turned off. It emits an honest sound. You can really get a sense of what Goud is feeling through pensive lyrics that are almost like a narrative. The arrangements are well thought out in which each song would still sound alive stripped down to only an acoustic guitar.

While I have few issues with the album, no flaws are substantial. One of the minor flaws though is that the album hardly varies from a mid tempo feel. Because of this, any more additional songs would diminish the overall impact and leave a lagging taste. Also from a live standpoint it'd be rare to hear the album true to the arrangements. This isn't a bad thing, but could be disappointing to someone who might go to a show with the idea of the instrumentation mimicking the recordings. My impression of the decision to record with a full band was to create the best record Goud could and not worry about staying true to the arrangements live. If you're into the acoustic punk revival, quickly get acquainted with Northcote. I guarantee that if he keeps making music you'll soon see him as a headliner on The Revival Tour.

Standout tracks: "How Can You Turn Around", "Burn Right Past Them All", "Counting Down the Days"

Integrity: Beyond the Realm of the VVitch [7-inch]

We Are The Union: You Can't B-Sides The Sun [Digital Single]