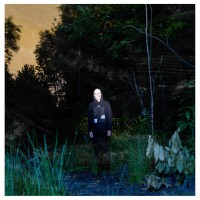 Departures and Moose Blood have a strong bond as musicians and friends. They're always recommending each other and given that, this split comes as no surprise. What should also come as no shocker is the quality on tap. Departures continue to elevate their game and kick doors down in the screamo/post-hardcore genre while Moose Blood's grittier take on indie-Brit rock is amplified further here.

Departures kick off the four-track split with one of their best products to date. "A Song For The Sunset" has a surprisingly heavy punk intro that segues into their typical sound and of course, the vocal style of James McKean. His mic-work does cut as harsh but the technical fluidity of the band's instruments really makes for outstanding musicianship. It feels eerily similar to material off last year's Teenage Haze yet apart from that strong sense of continuity. McKean's hoarse, emotional and straining voice imprints well. Their sound is perfectly patterned for fans of Pianos Become The Teeth, Caravels and The Saddest Landscape and as much as you envy Scotland's offering to The Wave, you appreciate that they have their distinguished sound.

'Those darker days always shine the brightest in their own imperfect way / They always burn the brightest in my faulty memory corral the tricks that McKean's mind plays on him as he expounds on mental anguish and torture. The guitars dance around to echo his personal tone as they come off slightly punk, one part post-hardcore and mildly balanced with his usually protruding screamo effect. It gets a tad intrusive due to the emotional content on offer but it works and Departures never sounded better. "Closing Doors" is a follow-up to the opener with more melodic guitars, dancing solos and intertwined riffs that balance their sound well. They give McKean time to breathe and the listener the ability to let the music soak in. The album's structure is well-spaced musically despite being so short and it stems a lot from Departures mixing calm with chaos. They slow down a lot more in these two tracks and as with their old hit "These Miles Meant Everything," when you hear 'The air is so much colder than it used to be', as a throwback or homage, you really identify these songs as Departures building on their past strengths but not resting on old laurels. There's a great sense of perception and evolution from the Scots.

Moose Blood on the other hand are fixated on a faster indie sound and quicker tempos. It's much more indie in their two songs here than Moving Home, which they dropped last year also. The latter was a sleeper hit to me and here, they continue singing and loving the perversions of the world. "Girl" is much more pampered with alternative hooks and an indie-punk spine but when you fashion twinkly guitars and dreamy riffs into an upbeat, somewhat shoegaze sound, you basically signal that as a band, we're not afraid to experiment and fuck with shit. They don't have the most enthralling narrative but as seen with "Stay Here," they rough it pretty well. This is attributed to the ballad-like intro which then sparks into an indie-Brit sound that's highly attractive. If Interpol decided to add more post-hardcore to their arsenal, you'd have these guys. This pickup's a great blend. Simple as that. Diversity at hand and some fucking awesome tunes in your ears. Can't ask for more.

Pennywise: Wildcard / A Word from the Wise