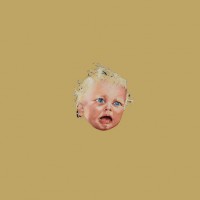 I'll begin by admitting that before To Be Kind I'd never heard Swans before. I've been fully aware of the band and some of its personnel (Michael Gira and Jarboe primarily) for many years, but in my formative years my impression was that they wouldn't be for me. It wasn't that I was scared of what I might have heard, hell, I liked Big Black and the Butthole Surfers so I wasn't a sensitive soul, but I thought that Swans might have been more discordant and noisy than even my ears could take. Therefore, when offered the chance to review this I felt the time was right to address my previously self–imposed Swans free life.

To say I am surprised by To Be Kind would be an understatement. I had expected something much more in my face almost like having repeated blows to the head, leading to a concussion and possibly, even, a knockout. That is not what I find. There is an emphasis on the epic here, with tracks ranging in length from just over five minutes, "Some Things To Do" to the mighty "Bring The Sun/Toussaint L'Ouverture" which clocks in at a fraction over thirty four minutes. For me the albums focus is clearly on this masterpiece that is intense in a way that doesn't rely on sheer blood and guts to make it so. The track (it's hard to refer to it as anything so misleading as a song) is like a river meandering across many miles, with an ebb and flow to it, that changes pace and direction offering a different experience throughout its journey. Yes there are moments that have more of an aural impact but it's beautifully structured in the way it evolves across its span. Although not exactly the same, it gives me the same feeling as when I listen to "Curtain Call" off The Damned's Black Album, with both being pieces of music into which I can immerse myself fully only coming up for air at their conclusion: neither are tracks that you can just dip in and out of, as you don't get the full experience.

There is a remarkable atmosphere that is created by this record and although it does lack any kind of wall of sound impact but it does pulsate in many ways from start to finish. Michael Gira is clearly a man able to make music out of many varied noises, beats, sounds and/or vocals/chants and as someone who struggles to create even the simplest song (my high point was probably the sixteen second "Bomb Drops" written in the mid 1980's, which owed a huge debt to Discharge) I find this ability beyond my comprehension and as such, I'm slightly in awe of anyone who has the vision to be able to do this.

The seventeen minutes of "She Loves Us" is a mesmeric track which hypnotizes me into a trance like state as the beat provides a solid backbone whilst around it Gira builds a tension that is slow and deliberate and one which leads nicely into a crescendo over the final minute or so. I find tracks like this a joy as I'm able to get wrapped up in them as they have the time to become something more substantial than a standard three minute track.

In terms of any of the music being more conventional, it's not really possible to apply that term to this record although "Oxygen" is the one track that almost dares to head towards more solid ground, however, it's more of a tease than a full blown tangential shift. There are moments that are more straightforward but it's another track that allows Michael Gira to apply his own philosophy of art to come to the fore and on To Be Kind it's both stark and rich in what is presented.

This behemoth (double album or double CD) is an intriguing release which really requires the listener to get involved. It could easily be background music such is its length and nature but I'm not sure I could just have it on without getting caught up in the rise and fall of the tracks. I now need to trawl my way through the entire collection of Swans / Gira / Jarboe releases to see what I've been missing out on for the past few decades. Whether I become a big fan remains to be seen but I certainly feel the need to do some exploring.

Supersuckers: Get The Hell