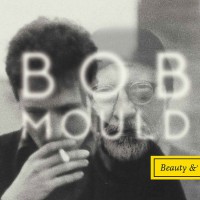 In addition to his overall consistency as a songwriter, Mould has shown quite a bit of stylistic reach over his last several albums. While revisiting Sugar's discography surely influenced the shorter/faster/louder dynamic on Silver Age, it bears just as much resemblance to 2009's looser Life and Times musically.

Lyrically, though, Mould's trademark anger has turned to grief. Just as Silver Age felt like a Sugar throwback, on a lyrical level, one could argue for Beauty & Ruin looking back to the bracing honesty of Workbook and Black Sheets of Rain. "Rest in peace, Dad," read the liner notes. Those who've read Mould's autobiography, See a Little Light: The Trail of Rage and Melody, know that Mould's relationship with his father was a caustic one. His confusion and sadness are further spelled out by the opening track, "Low Season" – "Pull the poison out, drink the pain away / Chances that I wasted in my unforgiving days." Mould's music has always been about catharsis; Beauty & Ruin puts emphasis on doing so.

"The War" marks the transition from grief to acceptance. It's the first track that isn't so much about feeling low as it is about dealing with it. "I carry your remains / Your emblem and your name" Mould declares. The next song is called "Forgiveness." C'mon now. By the closing track, "Fix It," Mould finds sanctuary in sound, providing closure to listeners over the span of a 36–minute record. Beauty & Ruin is more impressionistic than, say, the Mountain Goats' Sunset Tree, but it's still a vivid, moving story about dealing with abuse. It shows a little more range than Silver Age, but Mould's been so strong for so long, it's not like there was ever much doubt for the record's quality.