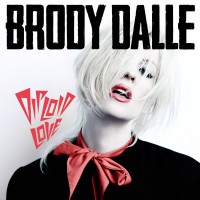 Brody Dalle has had a career of ups and downs. Crashing into the late 90s LA punk scene, her voice came across as that of howling beast that had been fed nothing but grain alcohol. Her voice wasn't just raspy, it had the strain and pain of a tortured gimp. With the bass riffs and pacing of some of the Distillers' albums that she fronted, it could be said that that group was just a regurgitated version of Armstrong's Rancid. The effect was highly enticing though, with the immediacy and angst perfect for the time. Some of those tracks, such as "Seneca Falls" are still as powerful as ever. With their Misfits–goth inspired aesthetic, she was undoubtedly the source of many lost tissues across punky teenagers' bedrooms worldwide.

When Dalle split with her husband Tim Armstrong in 2003 during the middle of her major label debut, she thrived on her own. The new album Coral Fang resonated with a new generation. The band success was short–lived, however, with multiple lineup changes and a burnt–out band. After they broke up, Dalle dabbled in another project, Spinerette, which was seemingly well backed by Homme. She'd been called a sellout and a ladder–climber, but they all proved to be building blocks.

With this new solo project and some passed time to heal wounds, we find the strongest Dalle ever. Diploid Love hits hard with a lush, diverse nine tracks. Her opener is a clear departure for anyone expecting the Distillers with a polished, layered "Rat Race" which introduces the queen in grandiose, defiant fashion. This is mirrored with the lyrics, "I'm gonna cut the chord to the man, set me free, rule my world again."

There are subtle cues calling back to her punk years in tracks such as "Meet The Foetus/Oh the Joy." This track in particular is a dynamic, morphing track playing like a mini–opera with mid–song transitions and Shirley Manson of Garbage backing her up. Crushing synth beats steady the buzzing guitars as her deep, tattered tones tell stories of a matured, resilient woman.

Dalle instills her razor–rasp through a number of choruses, but also shows off lullaby gentleness in her voice on tracks such as "I Don't Need Your Love." This nurture/howl combination is integrated with many of her anthems and angers on Diploid Love. While she has always been capable of catchy hooks and alluring grime, Dalle stands at her strongest in this new solo–rich with layered arrangements.

The Fur Coats: The League of Extraordinary Octopuses