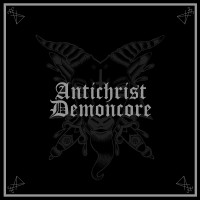 Since their very inception, ACxDC have been criticized by a small, but extremely vocal sect for being "false grindcore," (Just visit any of their facebook events to see the bizarre and hilarious non–ironic attacks on their status as a band.)

Well, you know what– ACxDC isn't "true grindcore" and thank God for that. If you look at the grindcore originators– Siege, Repulsion, Napalm Death, Extreme Noise Terror, and Carcass– each of them saw grindcore as way to break the rules. That is, grindcore, or whatever each band respectively called it at the time, was a way to break free of standard punk song structure and examine tension, contrast, and unpredictability in music without the constraints of 4/4 time signature. That is, grindcore was an abandonment of the rules, not an outline of them. In fact, if you look at each of the originators, each of them have made music far beyond the narrow strip that is considered modern grindcore. The message is clear– grindcore has a code and that code is you can do anything to make interesting music.

Yet, somehow, where grindcore once suggested infinite possibilities (most of them being sonically aggressive), now it has been reduced to a set of cans and cannots. After a decade of releasing singles and eps that were funny, twisting, off kilter, and generally badass, ACxDC has apparently become tired of the critcism that they aren't true to form. Thus, on their debut LP, Antichrist Demoncore the group abandons an adherence to the rules that have been shackled around their feet and create an album that plays by the rules as much as it breaks them.

While earlier ACxDC tracks were spasmodic blasts of noise, reveling in piling sheet of discord on top of discord, there is a striking amount of appreciation for the more classic, traditonal styles here. "Blood" stomps along like a Southern California thrash tune before splintering into a shambling, rumbling racket. "Paid in full," with its mountain sized riffs stomp forward in homage to the powerful textures created by metal titans like Morbid Angel and Cannibal Corpse. But, more often then not, just as the band establishes a theme saluting their forefathers, they suddenly pull away the carpet and explode into fractious riffs with vocals that tumble on top of the music as much as they fit in.

The reverse is similarly true. Album opener "Destroy Create" opens with a constant stream of aggression and piss. But, just when it seems that the band will be going the full noise route, they clack down into a low, heavy, rumbling rhythm that gradually slows down.

Mirroring the band's quantum leap in musicianship, vocalist Sergio Amalfitano has expanded his own style. He still has his basilisk screech, sounding more like a rabid animal than a human. But, perhaps less concerned about how the group will be received, he drops the shield of trve cvlt and goes for a straight up hardcore rant. At other times, he's backed by a death metal howling, matching the high pitch off the rumbling low. Not only does it give the album a wider range of emotion, but it makes each song have a purpose that drives the LP forward.

That is to say, Antichrist Demoncore is entirely unpredictable. Just when you expect it to establish a groove, it cuts it in half. Just when you are prepared for a 45 second sonic beating, they launch into a circle pit stomp. The irony, of course, is that by pushing aside the strict grindcore requirements, the band is more explosive and advanced than those of stricter adherence. When everything is random, nothing is really random because you know to expect the unexpected. ACxDC knows this, and teases the listener with just enough stability to make the shattering of that stability that much more interesting and exhilarating. Funny is it that by following the spirit of the original grindcore bands and not the letter of the law, ACxDC achieves the same exhilaration of Scum and Reek of Putrefaction while the more cvlt acolytes just seem bland.