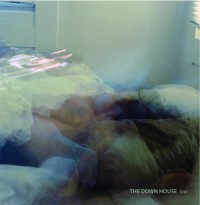 The Down House is a band for you if you're looking for the next Dads. That's what rang through my mind for the duration of this record. In just four songs, there's a lot of emotion and a lot of deep—layered drivel to latch onto, all in a good way. Low has a nice, cynical tone to it and sets the stage for a bout of shoegaze that really leaves you anticipating the magic this band could make and the potential lingering with a prospective full—length. The record shifts from low to mid—tempo at most, but it has a dramatic characteristic to it that feels like Interpol, but taking a more modern post—hardcore route.

"Old Shoes" is a great starting point for The Down House as it encompasses most of their sound —— shoegaze indie. The single drum—beat stylistically fits their twinkly guitars, which throws back to Kid Brother Collective —— soothing, crooning and a beautiful lull. The record is packed with this genuine, heartfelt sentiment. "Let It All Go" extends this arm with a rich, thick and heavy bassline to add that tinge of introspection. This shift really builds the contemplative sound of a post—hardcore ballad with the vocals drowned out in the background at times or shunting to the forefront in a laid—back manner. This approach works as the album never strays into a straightforward path. It keeps dancing with respect to tempo yet keeps its fluency. Sure, there's some complacency in the vocal delivery at times but it's essential in my book to keep a somewhat fluid shoegaze sound.

What's even cooler is that there are abstract portions of Low and bits influenced by old—school industrial (although they're very subtle). "Bliss" on the other hand is quite catchy yet relaxed. But it steadily transitions into a poppy indie tune that enhances how seamless the flow is from track to track. The album never gets loud yet still has a emphatic thud to it. "Low" ensues as probably the best representation of the band —— '90s—era driven bass intro with an ambient garage sound that cultivates a demo feel. Again, they manage to eke out that shoegaze trope to full effect here with neat sprinkles of passive discord in the musical structure. Simple yet telling. Melodic and promising. They toss the pacier elements out the window and stick to a non—complex formula that leaves four songs as something too short. At the album's end, there's an assured motive felt and that's success right there because it swells in you just how many of the right notes they hit. I personally don't think there are many great bands out there carrying this torch but while The Down House does pack a lot of similarities to other DIY bands, I think they apply themselves in a more apt fashion —— making them that much more enjoyable!

From the dynamics of interpersonal relationships to self—improvement, they touch on quite a few themes. The delivery's a delightful, softly barked, comprehensible raspy front but it's made better by how smoothly the band drives it home. There's a playful delight yet a very strong sense of accomplishment. I can't wait because I think they have a very solid full—length album in them especially if they stick to their stylistic guns.

Le Butcherettes: Cry Is For The Flies