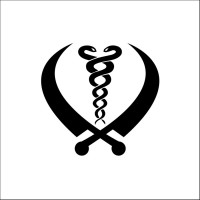 It's about time Park came back. Why? Because I expected them to be fully ready to show their hand in full and in the process, also shout why they were one of the bands in the late '90s and early 2000s which hid in the shadows instead of garnering their deserved recognition. Lobster Records carved Park out as cathartic, introspective and cynical music—makers fit for fans traversing similar sounds to Brand New but felt like a home to keep them a hidden gem. With the label now defunct, Park manage to really yell, in the most calm and collected manner, why they were great at what they did and more importantly, why they're back to tend to unfinished business. Lobster Records helped me through tough times, just like Park did, and this album shows why both entities are, and will continue to be, held in high reverence for punk oldies like myself. Bad Timing really dishes out a helluva gem here.

They shy away from their past a lot. Catchy hooks and expansive compositions which linger on light—edged punk are felt much more subtly, if at all. I'd say they're minimal when you weigh this album against the poppier side of Park's spectrum but the change manages to work. Pretty well —— kinda reminding me what Braid did on No Coast. This at first feels odd knowing what Park did so many years ago but as they showed in their tenure, complex rhythms and shimmering guitar structures were something they could turn malleable at the drop of a hat —— and Park employ this in spades here. The current soundscape wanders from their groundwork and really delves into the trails of the emo—punk scene that feel risky but pack the nuances you WANT to explore as a musician.

The intricacy of Ladd Mitchell's guitars and vocals creates much of this burgeoning sound with each song as a chapter to a conceptual tale. Aaron Bickel's guitars also add a lot to the progressive emo—punk sound with solos littering all tracks at every turn yet preserving Park's core essence and overall, brand. This happens to the point where the triple—tracker comes off as progressive and even experimental as it borders on post—punk. "Lepus Fugam" houses Mitchell's illustrations perfectly as an opener with eclectic guitars composing an abstract vibe. It's a damn fine architect to shore up the open—to—interpretation elements of the record. His vocals are clean, linear and you feel his inner angst which is amazing considering they went inactive for so long. The emotional depth is remarkable as the tight—slapping drums of Miles Logan offer support to the melody we've come to adore Park for and for which they'll always be ever—present.

Soaring melodic notes, innovative slap—bass and clever story—building all represent the big selling points with the outfit's sense of urgency unfolding at every turn, signifying why Park were well within their rights to make a comeback. "The Infection of El—ahrairhah" punctuates this as you sense how the lyrics were written first, then laid the base for the concept album — traditional yet something I didn't expect from Park. At least, not right now. "Tickling the Dragon's Tail" then drums off a twinkly, post—hardcore aura that threw me back to Dads for some reason but steadily felt like a ballad that lends even more credence to how much variety Mitchell and posse envision and execute. In fact, it's a great pleasure to report that the band's energy is still there and how much Jacob The Rabbit feels like raw storytelling as opposed to a band cashing in. The record's only three songs thick but is authentic to old Park while adding new dynamics in just the right amounts. LP? Please. Post—haste.