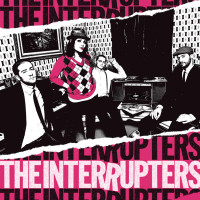 The Interrupters certainly seem to have invested a lot into the possibility of another wave of ska taking place with their self—titled debut album. Granted, not all of the tracks on the album like "Take Back The Power" are ska songs, but a lot of them are. The Interrupters really have gone for that ska—sound that you would find on one of Rancid's albums. Songs like "White Noise," "Haven't Seen The Last Of Me," and "Can't Be Trusted" have fairly straightforward chord progressions that are mostly based on the twelve—bar blues, fast—paced bass lines, and sometimes have some organ fills as added compliments. Rancid's influence on this band is quite obvious, not just because of their sound, but Tim Armstrong even shares lead vocals in the song called "Family." And you can hear perhaps that lead singer Aimee Interrupter (aka Aimee Allen), was influenced by The Distillers lead singer, Brody Dalle, because of the gravelly sound in her voice.

Simple chord progressions and instrumentation are sometimes a good qualities to have. Writing overly complex music for a song can ruin it, but there are plenty times bands have pulled it off. But simple lyrics can kill a song and that's where this album has its issues. A lot of the lyrics on this album take on subjects we consistently hear in punk rock. Some lines just get to the point where they are corny and clichés. In the song "Friend Like Me" there's a line that goes "But if you're will me and not against me/ I'll be your lucky penny/ My loyalty runs free." Or in the more political song "Liberty" there is a line that says, "Drones in the sky/ Government Lies/ Keepin' an eye out/ Tell my why/ They violate rights/ Blue and red lights…Where did my liberty go?" You get the point. We've all heard these kinds of themes from other bands' lyrics, but written in much more creative ways that don't make them come off as so obvious and cliché.

So as far as the instrumentation goes it's not all that original, but it's a cool, bouncy—sounding ska album. Where it falls short is the lyrics. The Interrupters really need to do some work them for their future releases.

Various: A Comp For Mom