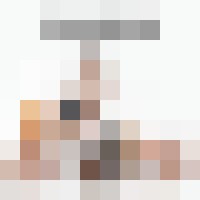 Well The Dwarves are at it again. They're raising all sorts of hell with their new (and phenomenal) LP The Dwarves Invented Rock & Roll. The single off their new LP is a song called "Trailer Trash" and it too, is really great. The lyrics are obnoxious (in the best possible way), but more importantly they have they are sexâ€”filled, humorous and have that clever edge that The Dwarves are known for: "The scent of Funyuns on her breath/When she was all spun out on meth/I knew she'd be the death of me." Yet at the same time, it ,in a way, is an innocent love song, too.

In terms of this song's sound though, it's not like their more hardcore material. "Trailer Trash" is poppier, with a really catchy and nicely flowing melody with perfectly sung backing vocals that are placed just right. This tune is in the same vein as their song "Salt Lake City," which is on The Dwarves Must Die or "Working Class Hole," which is on The Dwarves Are Born Again. "Trailer Trash" will hopefully become a Dwarves classic in the future if it hasn't already.

The other song on this EP is a special treat that the almighty Dwarves have bestowed upon us. The song is called "Unpredictable." You will not find this song on The Dwarves Invented Rock & Roll, however after doing some research you can buy it on the band's Bandcamp page. Anyway, this song is also really cleverly crafted. It's definitely one of the heavier of the songs they have released this time, but there's a twist. It pretty much is the same song as "Irresistible," but to fit in with the theme/title of this song they inserted clips of different songs from various genres like (I'm not joking) disco and oldies to fill in the lyrics. It may seem disjointed when reading about it, but it's actually done very well.

You can stream all of The Dwarves Invented Rock & Roll here.