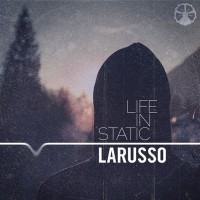 Currently trending today, the revered emo revival movement. Bands such as Into It Over It, Tigers Jaw, Balance and Composure and many more are bringing back the style of countless '90s groups that wore their hearts on their sleeves. What many are not doing however are resurrecting the mid—2000s movement that sparked if not as much but more attention than the current emo revival. Bands such as Taking Back Sunday, Senses Fail, Thrice and others brought a whole generation of angst—ridden, depressed teenagers together. Today, Salt Lake City's Larusso imitates this style flawlessly. With the release of their full length Life In Static, the band draws from some of the past decades best emotional, brooding and tortured artists.

With this however comes some of the downsides of the genre, the From First To Lasts, the Warped Tour wannabes and the soccer mom—approved, G—rated emo jams. Larusso strays, thankfully, decently far away from this side of the spectrum, however with any band trying to replicate this era that is nearly impossible. Most songs on the record come close to the ballad category. The opening track, "Chase The Sun," starts with your basic emo—tinged lyrics: "Could we stare into the sun/until it burns out both our eyes?" bringing to mind classic Thrice. The song emits many of the same vibes, a palm—muted verse, very impressive closed hi—hat drum work, and releasing into a big open chorus that remains melodic yet heavy. "Drifter," one of the other more upbeat tunes keeps thing melodic and just as emotional. During chorus, the singer, whose name I could not find for the life of me, exclaims "this could be the death of me/the end of perfect symmetry/the fall between the cracks of sweet insanity." Another perfect expression of emotion and pain that any teenager, lost and confused, can relate too.

One of the ballads I mentioned, "Daniel With an L," conjures up some of Blink 182's more tender moments on Take Off Your Pants and Jacket. The slow jam "Places," piano heavy, open ended drumming, heavily tuned open guitars and snare rolls bring to mind much of the same vibe. Perhaps more Boxcar Racer than Blink. Regardless of what er,a however, the Travis Baker influence can be heard through their drummers hi—hat work. Although his use of crash cymbals and constant bass drum work is much more reminiscent of more modern acts that dominate Warped Tour these days. Elements of early Finch can also be heard throughout the record. Life In Static picks back up again with the heavy—ended "Collision Course," perhaps the most "punk" song on the record, without a doubt the fastest. High pitched, Adam Lazzara vocal melodies can be heard throughout the whole record. The band bows out the only way a band of their genre knows how, with an acoustic jam, the relaxing and slightly boring "Chemical."

If you're between the ages of twelve and sixteen you will probably love this. Anyone who was that age during the early 2000s can, at the least, appreciate this for what it is. However if you don't fall within either of those categories there isn't much here for you.

Masked Intruder: Live in a jail in Lucerne