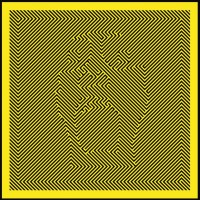 We Were Promised Jetpacks have always been hard hitters. They've always found a way to be unique and it's not only in their sound, but it's how they go about doing their own thing that makes them so easy to gravitate to. They're humble, simple guys that love driving home their jams. There's a lot of energy in the Scottish-indie sound they've harnessed which has no doubt grown leaps and bounds since I first caught wind of them. I was won over by These Four Walls and haven't looked back since. As a band that's actually gotten better by the record, Unravelling bucks the trend as it doesn't quite live up to the hype and falls just short of the loud, pacey atmosphere which I've often associated them with. It doesn't match the giddy billing I thought it would have, but that's not to say it's a bad record. Eleven tracks in and you do see a lot of what pushed them to the heights they're at today, but sadly, the album lacked the more critical and key ingredients which drew you to them in the first place.

If you're familiar with old songs such as "It's Thunder and It's Lighting" as well as "Act On Impulse" then at first glance this record may seem ideally made for you. Slow, tension-filled builds that barrel into loud, sprawling finales. You get the first part on a lot of the songs on offer here but without the big climax. And instead of further delving into speedier jams like "Quiet Little Voices," they lean towards keeping a hushed rhythmic feel throughout the entirety of the album. It's an odd decision to leave out that huge, guitar-driven amplified burst and as much as I would have liked this not to be a major gripe, it ends up being just that. Sure, the slower, haunting tracks like "I Keep It Composed" are fun but they put down too much of the low-tempo tunes to the point where you feel drowned and flustered. Even if they wander out this territory, the album treads along mid-tempo at best. You feel like they're setting the stage for bigger things to come later...but they never do. "Safety In Numbers" and "Ricochet" are two of these low-tempered tunes that do work well however as they feel like a direct continuation from their best work in my opinion -- In the Pit of the Stomach from 2011. Sadly, these brilliant moments are too few and far in between.

Personally, this was a highly anticipated sequel to me that veered way off course and lost the balance when it came to evening out the lo-fi, distorted sections of the record. They pan out as too overpowering and dominant -- which again loses you a lot and brings a tad bit of repetitiveness to the fore. There aren't enough crunchy guitars or snazzy hooks to salvage my hopes. Instead, WWPJ rely way too much on hazy, melodic musical templates here. And that's they keyword. Template. Most songs feel so structured and rigid. The loose, liberal FatCat sound just isn't there. Adam Thompson does have his moments however and they don't include his usual wailing. He glosses over with a much more calm, restrained demeanor which flows beautifully over Sean Smith's bass -- with the latter getting quite an impressive workout on most of Unravelling. These are some of the bright spots that leave you wondering what could have been. How could these guys sound so average after shelling out such amazing products in the past? That's my impression at record's end.

WWPJ come off best when they're anxious and immediate, as seen on "Night Terror," which is sweetly composed on a Motown, jazzy vibe. More of that needed to come out. There are a few other positives though -- a lot of '80s-meets-indie moments, dance-y riffing, heavy synth blankets and quite a bit of soothing piano-driven harmony, all courtesy of multi-instrumentalist Stuart McGachan -- which fit in neatly in just the right doses. However, let me emphasize once more, they lose the balancing act more often than not. As a new addition to the band, McGachan's influence is felt greatly but maybe they could have dialed back his presence. It takes away from the ferocity, the grit, the harsh storytelling and how moody these guys usually craft their shit. All in all, as pensive and brooding as WWPJ get here, they fall short of the mark but ultimately, they're a band who WILL bounce back. This seems like a minor pit-stop for them and in fairness, it's a good record but nothing like what I expected. I guess my standards were so high but then again, if you listened to their past three records, you'd understand why.

Sick Of It All: Last Act Of Defiance

Cassie Ramone: The Time Has Come