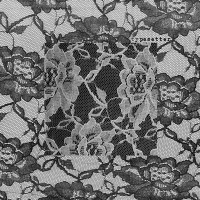 Let me preface this all by saying that I donâ€™t know a whole lot about Typesetter. I know theyâ€™re Chicago-based. I know theyâ€™ve got four members. I saw them open for Restorations about a year ago and I remember them being very, very loud. Thatâ€™s about it.

So when they released a music video for â€œSettlingâ€ and announced their new record, I wasnâ€™t inclined to be all that excited about it. Nevertheless, I like to give fellow Midwesterners their due, so I checked it out. â€œSettling,â€ despite accompanying a sort of silly music video, turned out to be a serious and fantastic track. Heavy, but with noteworthy, reverb-laden lead guitar work and a memorable sing-along chorus, the song had all the makings of an â€œorgcoreâ€ favorite. I purchased the album with hopes of the rest of it being of the same caliber.

At first listen, the remaining eleven songs fell a bit short. Often, the vocals, which seem to be traded between a few of the members, seemed unexceptional, and the songwriting did not catch me. Songs like â€œTFWâ€ and â€œLapsed Assholeâ€ sounded a little dull and uninventive. But given a few more listens, I realized that there are a lot below the surface of the weaker songs that deserve attention. The vocal tradeoffs, given proper time, become a unique strength. Rather than one distinct and strong vocalist, Typesetter allows for multiple voices to provide different approaches, albeit sometimes mediocre ones.

The guitar work on much of the album (songs like â€œNietche in Floridaâ€, â€œSunday Bestâ€, and â€œSo Whatâ€™s Your Futureâ€, specifically) is interesting and catchy and there are many melancholic reverb-heavy lead lines that add emotional appeal. Throughout the record, thereâ€™s a unifying thematic sense of reassurance through often-grim realities. The record feels concrete as a whole- a bit gloomy at times, but often uplifting- and thatâ€™s aided by many of the songs flowing into each other.

Wildâ€™s End finds Typesetter somewhere between Title Fight and Iron Chic (Title Fight with more punk leanings/ Iron Chic with less of a skate-punk vibe). With this release, I wouldnâ€™t be surprised to see Typesetter gain some traction in the Fest crowd and become one of the next hyped â€œorgcoreâ€ bands. If you havenâ€™t already, listen to â€œSettlingâ€, and if youâ€™re not sold, check out â€œSunday Bestâ€.

CJ Ramone: Understand Me? [7-inch]
Go to the review index