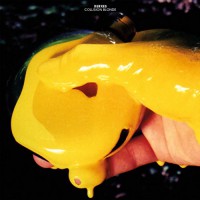 Xerxes showed immense potential in the past. Our Home Is a Deathbed was one of 2012's more underrated records and whatever they put out after (in small doses I might add) seemed like a good hype for what was to come. Enter Collision Blonde. It's not a bad record by any stretch of the imagination but ironically, that's what it lacks at times -- imagination. While it's a decent take touching various genres (as it swims from thrash to melodic hardcore to screamo), it inevitably feels like an album that's struggling to find its own voice. The swells of inescapable rage their past body of work was known for just doen't seem to connect this time around. Sure, the lyrics are an emotional wreck and you do find you relating a lot, but you can't help shake that feeling of something amiss.

If you're a fan of Departures and old-school Pianos Become The Teeth, then you'd have latched onto Xerxes in the past. "Criminal, Animal" and "A Toast" are a couple of tracks that reward this faith as they show up for fans still attached to The Wave. In the realm of post-hardcore screamo, it's tracks like these that really make them worth talking up. But one thing that echoes throughout this record is that rather than seem mildly influenced by a particular sound or band, Xerxes slightly let these influences take over...and instead of focusing on the task at hand, your mind's off on the other band. That's not something I envision they'd want. You're left wondering if you have musical A.D.D. more often than not on Collision Blonde.

Calvin Philley's vocals do show range but it seems hard to pin down as to how he wants to establish himself. In the first few tracks, you sense he wants to slip in bits of Aaron Weiss (MewithoutYou) and then later on he comes off as a word-spoken carbon copy of Jordan Dreyer's La Dispute delivery. "Collision Blonde" feels like the latter band met the '80s in a wave of sombre melody while "(but here we are)" seems like a La Dispute B-side. In between, you get some ferocious licks, crunching guitars and Joseph Goode's bass-led melodies to compensat,e but still, something's missing. You want more of their in-your-face punk aura which "Chestnut Street" throws at you. Feels like their tribute to The Clash but in a manner that still has Xerxes' sonic signature. It's apparent by then how much they failed to stamp themselves on quite a few of the tracks. They feel conflicted as how to deliver their musical take on drugs, sex and love. This uncertainty is highly unfamiliar with a band who's always been confident, assured and hardcore assertive.

"Exit 123" is another shortcoming here as it feels too much like Touche Amore. I'm not one to bash any band's influences but you can't help but think that 'this song sounds so much like ______' on so many tracks. This paucity of their own brand, their own John Hancock and their own vibrancy takes away from the album much more than I wanted it to. The tracks that rock, really do. But there are just too many that feel like pale imitations. It's a 50/50 record that I'll give the benefit of the doubt because of some clever and intricate musicianship. Nonetheless, I expect better. Xerxes can (and I bet they will) deliver bigger.

The Hold Steady: Live in Glasgow