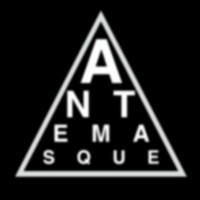 It feels good to have Cedric Bixler Zavala and Omar Rodriguez-Lopez heal their wounds. Putting their differences aside is something that I honestly wouldn't ever bet on to last but at first glance, the reward seemed huge.

Why? Well, because Antemasque sounded (or at least, teased a sound) like the lovechild of At The Drive-In and The Mars Volta. Well, that's just on the surface and on the first sip. Without getting too much into the checkered history of both bands, let's just say that both these guys do pretty well to cut ties from the old days by laying out something unconventional by their standards, and mapping out a record heavily draped in '70s and '80s influences. You're left wondering where this curveball came from. Not as psychedelic or as progressive as they first alluded. All in all, these traits are amazingly sacrificed to bring out their purist take on rock 'n roll.

The guitar-picky and silky smooth opener in "4AM" allows Lopez to have his fun. Twinkly and expansive. He really lets loose on the guitars and throughout the record, you sense how free his hands are. Very loose and lighthearted to the core. Even as whispers of Tool creep up at the start of "Ride The Devil's Son" you can tell how liberal and how distanced Lopez wanted to get from all his old music. Don't get me wrong...there are signatures of what he and Zavala did in times past but they're rare. The vocals from the latter also feel so improvised and unrestrained, as expected, but he's less morose and surprisingly upbeat.

"50,000 Kilowatts" highlights this as he fashions his best Springsteen imitation. Couple this with the folky acoustic in "Drown All Your Witches" and you'll be left scratching your head. It teases so much of ATDI and TMV at record's start yet Antemasque quickly spirals into such odd territory. I'd be remiss not to mention how much Flea kicks ass here as well. "In The Lurch" is the bass-slapping jam you wanted to hear from the Red Hot Chili Peppers talisman and overall, it helps bring to the light how well-rounded the album is. Hints at the past of each band member but comes together quite nicely to give something new, something unexpected but something that has, well, almost everything, for rock fans of many genres.

Not Half Bad: Sorry Dudes [EP]