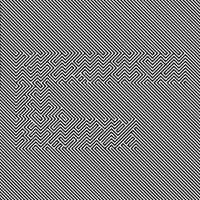 By now, we know the story: L.A. punks relish in traditional Mexican folk and create non-ironic mariachi music. But I canâ€™t imagine anyone saw it lasting III full albums.

Lucky for us, Mariachi El Bronx are going strong, creating better music than ever. It seems with each new album, the band finds a way to tighten a sound they never lost a grip on. Singer Matt Caughthran sounds smooth and soulful, distancing himself from his trademark puck rock rasp. Joby J. Ford is equally as comfortable fingerpicking his acoustic guitar as he is shredding your face off. And, oh, those horns!

Mariachi El Bronx, like their punk rock counterpoint, still shine brightest on the quicker numbers like "Raise the Dead." And lyrically the album doesn't stray far from anything youâ€™d hear on The Bronx I â€“ IV. When it comes down to it, though, both punk rock and mariachi are story telling devices and combining the two somehow makes sense. Caughthran and Ford continue to manage enjoyable, catchy hooks with â€œWildfiresâ€ and â€œEverything Twiceâ€ standing out most. Plus, â€œRight Between the Eyesâ€ seems tailor made for a 60â€™s western remake.

A lot has also been said about the new electronic additions. â€œSticks and Stonesâ€ ditches gang vocals for the likes of loops and opener â€œNew Beatâ€ has elements that wouldnâ€™t feel out of place on a trendy electronica album. Mariachi El Bronx reach for a fuller sound, and, for the most part, get it (the exception being â€œEternalâ€ â€“ the slowest, and arguably weakest, of the bunch). But, if you enjoyed Mariachi El Bronx I and/or II, there's nothing here you canâ€™t handle.

When Mariachi El Bronx first became a reality, I wasnâ€™t so much worried as eager for a new The Bronx record. Now, itâ€™s gotten to a point where it doesnâ€™t matter what comes next: the results are amazing.

The Bombpops: Can of Worms [7-inch]