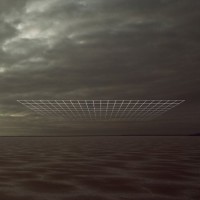 Usually I don't review back. Forward's always better, right? Having seen a load of comments and picks from bands and users here as well as on many other sites, one thing stuck out and that was a few targeted Gates as a record that deserved much more attention than it garnered. This year's release, Bloom and Breathe was an album I got into after I made my year-end lists and it really is an astonishing piece of work. That got me digging right back into their discography and the 'Org's archives which helped cement how powerful the post-rock/emo ambiance they possess really is. You Are All You Have Left To Fear last year should have been the red flag for me to look out for this year's record. Out of their three major releases, this one stands out the most.

The Sun Will Rise and Lead Me Home was where I started and to me, it seemed like a record that didn't belong in 2011. Had that dropped anywhere in the last two years, it would have been received so much better. Quick jump to 2013's record and it's undeniable that in a repertoire of amazing work, the one that holds up the most is this record. Slick, dreamy riffs and a sardonic shoegaze atmosphere make them the band I'd love to see up there with Prawn and Pompeii.

"...And To Those Who Carry On" is a straightforward example of what they did and where they stand today. Melodic and calming. Beautiful to say the least. But this collective comes off a bit more raw and unrefined with bigger sprawls and jarring guitars that add a bit more of that unlabeled and DIY flavor to the band. Even tidbits of screamo don't offset the delicate balance they've cultivated. "They See Only Shadows" and "Like This You Mean" are two of the most dramatic openers the band's done to date and really help build the story at hand, climaxing remarkably at the end.

Everything's fleshed out cinematically and each song feels like a progressive step to something bigger. Having logged all their music now, it's quite apparent this album was actually building to the bigger release this year and on looking back, every single record they've done feels like a chapter in a book that much more people deserve to hear. Gates is one of the best bands around. Please, tell your friends. All of them. Don't miss out on these guys.