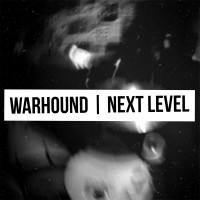 Ever since I discovered Biohazard in my early 20's I've always had a soft spot for them and the bands that imitate them. I know, I know. That stuff's not particularly good by most people's standards. But there's just something about the bouncy, streetwise feel of their music that appeals to me.

So when I first got my hands on War Hound's Return of the Hardstyle EP, I was hooked. They had most of the same characteristics: heavy, groovy hardcore riffs, chunky beatdown parts, dual vocals (one vocalist rapped, one screamed), and those big, echoey gang shouts. Then along came the band's debut LP, Colder Than Ever, and I was equally enthralled. There was a bit more experimentation on that one, but for the most part, War Hound retained the feel of Hardstyle, and even treated listeners to some cool guest spots by Stikman from Fury of Five and Shane and Luke from the Killer. It was a great heavy hardcore LP and I was excited to hear what the band came up with next.

Unfortunately, War Hound's newest record, Next Level, is, for lack of a better phrase, kind of disappointing. That's not to say it's bad by any stretch. It's not. But when compared with the band's earlier material, Next Level sounds like it was made by a completely different group of people.

War Hound has only one vocalist now. The "rap guy," Jon, left the band before Next Level was recorded. War Hound's guitarist and back-up vocalist, Ronnie, was then moved to the position of front man. To be fair, I've always enjoyed his voice much more due to it's incredibly raw nature. But that dual vocal interplay was something that really set War Hound apart from their peers and it is sorely missed on the new songs. Though perhaps the most noticeable difference is the band's shift in sound. Sure, their style of music could still be classified as "heavy hardcore," but there's a sluggish feel to almost all of the sixteen tracks on Next Level. That bouncy, NYHC feel is all but gone. In it's place is something that sounds like it has more in common with Disembodied, or some of the newer bands of that ilk like Xibalba and Harms Way.

Next Level is an incredibly heavy album. Production-wise, it sounds top-notch. My disappointment with the record simply stems from the fact that I just enjoyed War Hound's earlier material much more.