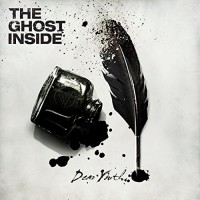 Scott Vogel be damned, The Ghost Inside are back with a new album: a set of rich and melodic songs that may be their strongest effort to date. Building on past albums Get What You Give and Returners, the band hits their stride on Dear Youth. Through polishing the wares they developed in the past and adding just the right amount of nuance, TGI have created a truly cohesive album that is powerful from front to back (read: no filler).

Dear Youth begins with the aptly titled â€œAvalanche.â€ Jonathan Vigil opens the track by screaming over a simple guitar riff until the sound of pounding toms enters the mix to get things moving. A quick bass solo later (come on, it is a hardcore album), the band kicks it into gear by transitioning into the first verse at a galloping pace. The true shine of the song (and, really, the band in general) is the driving chorus, packed with loads of melody and some well-placed gang vocals. Yet the cherry on top is the breakdown that acts as the songâ€™s finale. Say what you want about the supposed brutality of modern hardcore (or metalcore), but it seems increasingly difficult to find bands that not only understand how to implement a breakdown (less is more, people), but that are also able to execute one in a way that provides the songâ€™s climax.

â€œMove Meâ€ and â€œOut of Controlâ€ follow up the opener, keeping the energy at a maximum, while providing more fist-pumping choruses and head-crushing breakdowns that will make you want to kick a hole in the wall (sweet, sweet windmill kicks). Thatâ€™s a good thing, I promise. If you are concerned about the album lacking dynamics -- that every song will pretty much sound the same as the one before it -- fear not. The enraged tempos of â€œWith the Wolves,â€ as well as â€œPhoenix Flame,â€ give the album some depth. While we are on the topic of â€œWith the Wolves,â€ you may recognize the intro as a complete rip off of â€œSilhouetteâ€ by Thrice. Ok, maybe that is a bit unfair, but itâ€™s not like Thrice is unknown in these circles, and that song is from their most popular release in The Artist in the Ambulance. Itâ€™s suspicious, is all Iâ€™m saying. Regardless, once you get past the intro, the song takes on its own shape, and it is well worth the listen.

The second half of the album starts with the title track, which may be the best song on the record. What makes this album stand out from The Ghost Insideâ€™s prior efforts is the quality and catchiness in the guitar riffs, and that is no more apparent than on â€œDear Youth.â€ It also features the albumâ€™s best breakdown, which sounds more like Misery Signals than TGI, but it works here.

It would be a lie to say that Dear Youth is a massive change in direction for TGI, but there are a couple of curveballs on the album that are worth considering. â€œMy Endnoteâ€ finds the band doing their best Throwdown impression (think You Donâ€™t Have to be Blood to be Family-era Throwdown), and, amazingly, it actually works. The song gives a bouncy, low-tuned feel that takes this reviewer right back to the scene of his youth (see what I did there?). Of course it wouldnâ€™t be a hardcore record without some guest vocals by friends of the band. Luckily for us, Vigil and Co. are friends with Jason Butler of letlive., who is one of the best singers in (post)hardcore today. Butler makes his appearance on â€œWide Eyedâ€ and brings his patented melodic, Daryl Palumbo-style vocals to the mix, making the song a standout on the album. Itâ€™s also worth mentioning that the album closes with â€œBlank Pages,â€ a song that pulls the tempo back once again. Itâ€™s difficult to write a slower hardcore song without it sounding cheesy or forced, and TGI manage to accomplish that feat three times on Dear Youth. That alone makes it something of a unique listen.

Still, the album is not without its faults. The aforementioned intro to â€œWith the Wolvesâ€ is difficult to get past -- or at least it was for me. I should also mention â€˜â€Mercy,â€ which features Vigil screaming, "For whom the bell tolls!" a couple times in the song. Iâ€™m not positive itâ€™s a nod to Metallica, but Iâ€™m pretty sure it is. Either way, itâ€™s kind of uncomfortable to listen to, which is unfortunate, because itâ€™s a really good song that features some of the heaviest moments of the album. Outside of those two instances, there arenâ€™t any weak songs or even weak riffs. It really is a very tight album.

The Ghost Inside have never been the most original band on the block, and they are certainly not reinventing the wheel here, but seriously, who gives a fuck? Sometimes I just need some sweet riffs, a breakdown or two, and some straightforward songwriting. Dear Youth delivers this in spades and is just a flat-out fun listen. Itâ€™s an album that brings me back to the late â€˜90s when bands like Indecision and Strife were delivering hardcore with pep; hardcore that wasnâ€™t overburdened with breakdowns and clean vocals. Yes, those aspects are found here, but the backbone is strong guitar-driven melodies and enjoyable songwriting. Give it a spin and you may also find that it takes you back to your youâ€¦.well you get the point.