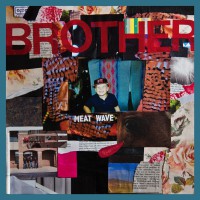 Following the release of their fantastic self-titled debut, Meat Wave have been up to some great things in the garage. One part snotty garage rock, one part disgruntled post-punk, this three-piece hailing from Chicago, Illinois bring massive attitude to their second release, Brother. Bolstered by jangly guitars and singer-guitarist Chris Sutter's unique, nasally voice, Meat Wave are a band that will grab your attention and keep you enthralled throughout these seven eclectic, angry songs.

The first song on the EP, â€œBrother,â€ is a re-release of one of the better songs from their debut. Capped by Marked Men-style energy, it rocks from the first note and doesnâ€™t let up. â€œSham Kingâ€ picks up the sinister sounding garage rock that the Wave are known for, and hits just the right notes for those who like their punk a little on the twisted side. â€œSunlightâ€ is an atmospheric song that builds slowly from a simmering bass and drum beat to a heavy boil of distortion and snarling. Another song from their previous release, â€œItâ€™s Not Alright,â€ is also included in the heart of the EP, followed by a fantastic cover of the Wipersâ€™ â€œMystery,â€ a song and band that makes sense for the Wave to tackle. They do it justice, while sticking very close to the source material.

When it comes to angry, dissonant punk rock, I am hard pressed to think of any band doing it better these days than Meat Wave. One of the joys of this band is the swirl of very different influences that pop up song to song, giving their sound a pleasantly unpredictable vibe. Brother delivers more of the goods on that front, and promises to keep the Meat Wave flowing.

Funeral For A Friend: Chapter and Verse