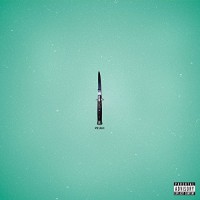 Released suddenly on July 22nd of last year, Peâ€™ahi came as a joyous surprise for this admitted fanboy. But letâ€™s try to be objective here, greg0rb.

After digesting it for 6th months, Peâ€™ahi is up there with my favorite Raveonettes albums but behind 2008â€™s Lust Lust Lust and 2009â€™s In and Out of Control. While the duo have plenty of consistencies from album to album and clear defining characteristics, do you prefer the buzzy, darker garage tendencies of their early work like Whip It On, the goth rock of Raven in the Grave, the smothering fuzz of Lust or the hook-laden noise pop found on In and Out? Peâ€™ahi takes the best elements of specifically those latter two listed records to created an infectious yet wonderfully obnoxious Cali-pop rock record.

Thi Danish duo is still adding new elements to their sonic arsenal. The new guitar theme on this album is â€œdigital degradation,â€ as singer-guitarist Sune Rose Wagner defines it on the Spotify commentary version of the album, which I highly recommend for fans. A perfect example of this would be the first verse of my favorite song, â€œA Hell Below.â€ The guitar was run straight into the computer on every single song (no amps??), and with this part in particular, they completely crushed the signal digitally until it starts breaking up, sounding almost like some old NES game. Itâ€™s awesome and something Iâ€™ve never heard a band do before. They also employ strings a couple times, and in â€œSistersâ€, harp glissandos that help make that song another favorite, juxtaposing the harsh guitars with those twinkly plucks and the glockenspiel hits.

It was interesting to hear Wagner talk about how he pulls from his influences. â€œImitation is the sincerest form of flatteryâ€ so the old saying goes, and he takes that to heart by admitting he straight-up lifted the drum beat that opens the record from the drums that start the Doorsâ€™ debut record. He calls Jim Morrison & Co. the ultimate â€œWest coast bandâ€ and I would agree with that, in all their excess and sunny-sounding-meets-dark-underneath aesthetic. He later calls â€œKiller in the Streetsâ€ their version of a Sly and the Family Stone groove. Not a reference point I was expecting!

The album is exclusively about two things lyrically. First is West Coast culture and its tragedies. These Danes clearly love and long for the sun, with tunes about the Z-Boys legendary skate team, the awesome closer straight-up called â€œSummer,â€ and a song about young surfers drowning in Hawaii, â€œEndless Sleeperâ€. â€œYoung lives have to take risks in order to existâ€, Sune says on the commentary track. The rest of the album is about Wagnerâ€™s horrible father, who cheated on his mother left and right. On â€œKill!â€ Sharin Foo sings for him about â€œOne time I saw my dad fuck a redhead whoreâ€, and Wagner actually did walk in on his dadâ€™s infidelity taking place the coupleâ€™s marital bed. He wrote that song after his dadâ€™s alcohol-induced death on Christmas 2013, an emotionally-confusing time that makes me think of another favorite band with the Mountain Goats Sunset Tree album. The song is amazing in its arrangement too, breaking down to an 8-bit beat with insistent and irresistible synth bass under the trebly guitars.

â€œWhen Night Is Almost Doneâ€ is a near-success. Without drums, they propel the song with the digital buzz of what is probably guitars (itâ€™s so mutated itâ€™s hard to tell) and swells of synth, layering on more sizzling synths in the chorus. However, in the verse it uses the famous doo-wop chord progression (descending I, vi, VI, V, basically the â€œDuke Of Earlâ€), which they have already employed probably 10 times in their career. Iâ€™d say they need to avoid it from this point on.

Other than that, Peâ€™ahi is super solid. As a fan, any new Rave album is welcome. They are a consistent yet evolving band, so anyone who knows them will know if this is up their alley or not. If youâ€™ve never heard them, check them out if you love the treble attack of Jesus and Mary Chain, the danciness of late 80s/early 90s UK stuff like the Stone Roses, or, with this album especially, the 60s/70s West coast surf and psychedelic sound.