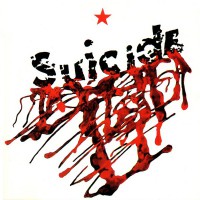 The year 1977 proved to be a landmark for punk rock, before the year was out classic albums such as Never Mind the Bollocks Hereâ€™s the Sex Pistols, Leave Home, Damned Damned Damned, Marquee Moon, The Clash, In The City, Blank Generation, Rocket To Russia and This Is The Modern World would be released. Buried amongst these releases, and receiving considerably less commercial attention was the self-titled debut album by the band Suicide.

Featuring Alan Vega on vocals and Martin Rev providing a dense musical backdrop using synthesizers and drum machines, the album would prove to be one of the most unnerving and revolutionary albums of the decade. While synthesizers and drum machines were not new to music by 1977, theyâ€™d largely been used in a complimentary fashion to that point. Kraftwerkâ€™s Trans-European Express, released in April of 1977, being the most notable album that to embrace fully electronic instrumentation over traditional guitar, drums and bass setup.

However, Kraftwerkâ€™s songs were still largely based in traditional pop and rock song structures. Suicide would prove to lay the groundwork for industrial music as Martin Rev had little regard for adhering to traditional song structure, and even when he did the lack of traditional instrumentation masked it. These soundscapes combined with Alan Vegaâ€™s nihilistic lyrical vision and vocal styling of an Elvis Presley possessed by Satan made for a truly uneasy listen experience. With songs such as â€œGhost Rider," â€œJohnnyâ€ and â€œCheree,â€ none would prove more unnerving than â€œFrankie Teardrop.â€

â€œFrankie Teardropâ€ is the story of a factory worker who canâ€™t make ends meet, gets evicted, and then kills his wife and six-month-old child before taking his own life. Alan Vegaâ€™s hushed vocal delivery over the sparse drum machine and repeating synth line create a mood so claustrophobic when Vega unleashes his otherworldly screams you are shaken by them. Rarely has a song so thoroughly taken me to another place, and in this instance Iâ€™m not certain that itâ€™s a place I need to visit more than once or twice a year.

Suicideâ€™s first album has been cited as an influence by everyone from The Fleshtones to Lydia Lunch and even Bruce Springsteen. Its influence can be heard in the sounds of bands like Ministry, Skinny Puppy and Nine Inch Nails. While it never had the commercial relevance of the albums released by The Sex Pistols, Ramones, Television, The Clash, The Jam and The Damned in 1977; it certainly broke down more musical walls than any of those bands did that year and has had just as much of a lasting influence.