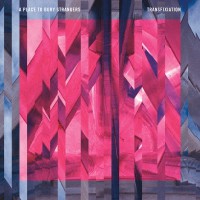 A Place to Bury Strangers

A Place to Bury Strangers, the Brooklyn noise-rock trio, have shot to the top of my list of bands to see live. Just check out this picture of frontman and guitarist Oliver Ackermann swinging his guitar by its strings. I thought I had seen it all as far as destructive rock star moves, but Iâ€™ve never seen that. Dude is a techie and handy enough to fix up his own guitars when he inevitably fucks them up at their gigs. Bassist Dion Lunadon has stated that he is sometimes scared onstage when itâ€™s all dark and foggy and his bandmate is going nuts with complete disregard for man or machine. â€Oh well. Itâ€™s going to make for a better show.â€ he rationalizes. I bet. I need to see this band live.

APTBS is most definitely a guitaristâ€™s band. And Iâ€™m not talking about a Hendrix or Page-loving guitaristâ€™s band, Iâ€™m talking about a Kevin Shields (My Bloody Valentine) and William Reid (Jesus and Mary Chain)-loving guitaristâ€™s band (i.e. THIS guy). Speaking of guitar sounds that make me drool, â€œStraightâ€ is of my favorites due to the pure audacity of the guitars, which threaten to smother the drums, vocals, bass and all in the mix. Itâ€™s held together only by that rhythm section, with the guitar never playing an honest note, simply smashing everything with stabs of feedback and hiss. You can barely hear the vocals when he interjects with squeals and squalls, and thatâ€™s how they want it. â€œDeeper,â€ the albumâ€™s centerpiece, is a spooky, menacing song with guitar-bombs exploding on top of the bass line as Ackermann warns, â€If you fuck with me, youâ€™re gonna burn.â€ Make sure youâ€™ve got the low end on your stereo cranked for this one; donâ€™t listen on laptop speakers because youâ€™ll miss the whole point.

The album opener, â€œSupermaster,â€ peels back the distortion to show the band in ultra-Joy Division mode, led by the steady bass line, a purposely repetitive drum-machine-imitating beat and Ackermanâ€™s baritone voice. As you venture deeper into the song it becomes more and more clear that this ainâ€™t Joy Division as the guitars start splatting wacky wrong notes and fuzzy rumbles into the fray. Previously mentioned mid-album cut â€œDeeperâ€ is followed by a reprieve for your ears (kinda) with the atmospheric instrumental, the keyboard-led â€œLower Zone,â€ though the tune is basically filler. Single-worthy â€œWeâ€™ve Come So Farâ€ appears at track seven and is a great mix of treble guitar swells, an undeniable drum beat and cool My Bloody Valentine-style bending vocals, helped by a female backing vocalist (Iâ€™ve looked everywhere online and in press materials and cannot find out her name, sorry). â€œFill the Voidâ€ brings the tempo, dynamics and guitar attack down for a hot minute, before picking the tempo back up and careening into the last track, â€œI Will Die,â€ which is somehow the noisiest and loudest the band has ever been. Itâ€™s the only time Ackermann gets truly riled up out of his Ian Curtis vocalisms, screaming his throat out over the densest guitars youâ€™ve ever heard. They swallow the rhythm section whole -- itâ€™s almost hard to believe that anyone but Ackermann approved of such a guitar-heavy mix. I love it.

Transfixiation shows a dangerous band finally sounding as dangerous as their live show indicates. Itâ€™s the noisiest record by an already notoriously crazy noisey band, and the nuttiest use of guitar effects since their self-titled debut. The band has been remarkably consistent at what they do, the main differences being the style of their drummers coming in and out of the fold. Iâ€™m a big fan of their sophomore album, 2009â€™s hysterically appropriately titled Exploding Head, and that album has some powerfully consistent drumming. They eased up, oddly, for 2012â€™s Worship, and after that album even toured without a drummer, doing the unrelenting pounding drum machine thing noise-pop bands like Jesus and Mary Chain and Raveonettes have done before them. That album wasnâ€™t bad per se, but thankfully Transfixiation introduced real-human drummer Robi Gonzalez, who helps bring that live-drummer emotion and the chaotic edge-of-self-destruction feeling of their debut back, but better produced. Itâ€™s my favorite album of A Place to Bury Strangers, and is highly recommended by stomp-box addicts like me, or anyone who is a fan of obnoxiously loud guitars a la the bands mentioned throughout this review. Itâ€™s all about the FUZZZZZZ, baby.

Not Scientists: Destroy to Rebuild