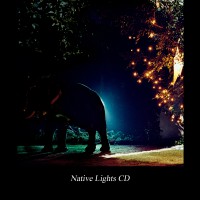 If youâ€™re looking for edgy, grungy, ambient, or shoegaze, Native Lights have got you covered. Their debut album is a post-rock indie wonderland, one that listeners can get lost in throughout. Native Lights combines Bryce Chambers and Johnathon Ford of early 00â€™s veteran post-rock bands. Their Self-Titled emits post-rock and shoegaze and innovates it with vibes, grooves, and rhythm.

The trick to Native Lightsâ€™ debut is attention to detail. Much like other shoegaze bands, the focus is on the tones and ambience of the guitar. Native Lights relies a lot on their rhythm section, too. Songs like â€œAbus Arcade,â€ â€œLa Rosa,â€ and â€œSun Tzuâ€ showcase the bandâ€™s ability to orchestrate every instrument into ambience and rhythm. Native Lights really displays how well the band works off of each other when it comes to musicianship.

The way the band combines post-rock and shoegaze is quite unique. The obvious Joy Division influence can be made, but the band offers so much more in its complexities. Certain songs like â€œBlue Starâ€ and â€œWhite Elephantâ€ show the bandâ€™s ability to blend soft vocals into ambient songwriting.

â€œStalinâ€™s Organsâ€ brings the album to completion. The song encompasses all the elements each track offered thus far and creates an epic officially ending the album.

Native Lights has a knack for being unique without trying to be. Countless bands trying to progress into the shoegaze genre seem to fall into a mold. Native Lights keeps their songs riveting and refreshing amongst the collective of bands in todayâ€™s scene.