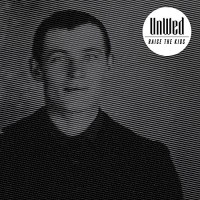 Unwed have never hidden their stance as a band that pays tribute to the '90s. There's a hard-edged rock feel that takes you back over a decade with a lot of sub-genres influencing their sound. Made Of as an EP highlighted this and Raise The Kids continues in the same vein. This side project of Hot Water Music bassist Jason Black also features former HWM tour manager Neltie Penman on vocals, former Errortype:11/Instruction/Mind Over Matter frontman Arty Shepherd (on guitar/vocals), Matt Kane on guitar and Jeff Gensterblum (ex-Small Brown Bike) on drums so it should offer newbies quite an intriguing prospect to sink their teeth into. Overall, it's not a bad listen but it really lacks a certain fizz that throwback music should have these days.

It feels a bit inconsistent in terms of musical structure and the self-titled track is a prime example of this, struggling for a melodic appeal that a lot of the album aims for and overall, the first couple tracks seem scrappily thrown together. This is made out even more when "The Innocent" rocks out with a beer-banging vibe made for '90s rockers. This is the route that should have been taken and in comparing the aforementioned tracks, safe to say, it's the worst brought into the light by the best on the album. Penman though deserves quite a bit of praise as her slow, slurred delivery has that industrial grate to it that spins circles around you. Deftones fans would lap her up on "New Skin" and the guitar-dissonant "Weapons" which scrapes at you. Both have a sense of urgency that sadly, was lacking in key intervals on the album.

As the record ducks in and out various musical styles, I think the best approach would have been to streamline and condense things a bit. Not to go too narrow but still, keep it more focused. As it is, Raise The Kids is all over the place and definitely feels like a record that's half-finished. There's some promise there but these folks are too experienced in the business to have us looking, waiting and hoping for more.