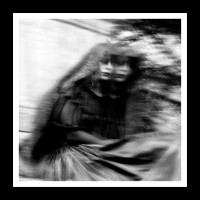 There was quite a buzz around the UK's Gallows before the release of their debut album, 2006's Orchestra Of Wolves. Fortunately, that LP delivered in the face of all the hype. It was a breath of fresh air, a caustic blast of hardcore punk with enough artistry to catch the attention of the mainstream music press. The rhythms were jagged, the guitars were loud and raunchy, and Frank Carter's voice cut through the mix like a knife. The vocals were what took it to the next level. They were a nearly perfect combination of howl and scream.

Gallows signed to a major label for their ill-fated second record, 2009's Grey Britain. It was a bloated collection of high-concept, artsy-fartsy hardcore punk. When stripped of its pretense, most of the songs were still great. They were angry and antagonistic, led by Carter's raw-throated wail. Warner Bros unceremoniously dropped the band after only one album, and Carter left not long after. Instead of throwing in the towel, Gallows performed one of the trickiest moves in rock and roll, they switched lead singers. With Canadian Wade MacNeil (Alexisonfire, Black Lungs) in tow, the band pressed forward. 2012's self-titled album was a pleasant surprise for fans. It was a streamlined combination of the first two LP's. While MacNeil's voice didn't have quite the same razor-sharp edge as Carter's, it was a menacing rasp in its own right.

Desolation Sounds is the second album of Gallows' VanHagar era, and moves the band even further away from their early sound. Opening song "Mystic Death" is more or less what you expect from Gallows 2.0. It's heavily produced, metal-tinged hardcore punk. The title track is closest in style to Orchestra Of Wolves. "Chains" starts with haunting female vocals before kicking into overdrive. The song is a good balance of artistic ambition and musical aggression. They also seem to be directly confronting those who won't be happy about their musical growth.

Two songs on Desolation Sounds really stray from Gallows' formula. "Bonfire Season" may be the band's attempt at Cure-style, atmospheric goth. Unfortunately, it comes off as bad '90s alt-metal (Think Deftones B-side). Second to last track "Cease To Exist" would probably be right at home on modern (or '90s) rock radio. It's catchy as hell, but not the hostile punk most want from this band. Three other standout tracks also deserve mentioning. The thrashers "Leviathan Rot" and "Leather Crown" are excellent, as is album closer "Swan Song."

The bottom line? If you are open-minded, you will probably like Desolation Sounds. It's not as abrasive as Gallows, but there's a lot of good stuff here. It may even attract the band a wider audience. If you've been holding out hope for another Orchestra Of Wolves, this will probably be the last straw.

The Rentiers: Here is a List of Things That Exist [EP]