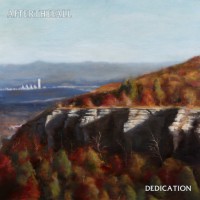 Albany, NYâ€™s After The Fall are one of the most tight-knit and prolific acts melding melodic hardcore and skate-punk together currently. They feel like a genuine mash-up of two bands I adore in A Wilhelm Scream and Richmond's This Is Your Life in terms of how free, expressive and creative they get -- not to mention how earnest they ply their craft. Dedication is a great follow-up to Unkind, laced with some of the speediest and technically sound riffs I've heard in some time. What's even more appealing is the vein of honesty it represents as a tribute/eulogy to fallen comrade and ex-bassist, Brian J. Peters, who died in October 2013, ergo the record's title. They trade up some of their younger, brasher ways lyric-wise for a record that will stand out as one of the most meaningful pieces of punk I've taken in in the last few years.

The album is another great balance of aggressive punk and pop-ferocity, which they dance in and out of so well. Mike Moak's vocals are mostly clean but get slightly gruff when it needs to and it's these subtle shifts in tone that help build the album's presence even more. "Reflection" is one of their fastest-paced jams to date, with quick riffs and frenetic double-kicking, signalling their intent as they open the record. It's a great snapshot of their backbone sound but what's quickly discerned is that the faster jams are about anger over loss, while the mid-tempo ones are all about saying thanks for having these influential people pass through their lives. "Dedication" is an example of this, a bit poppier but still so dynamic, which should come as no surprise given Bill Stevenson (Rise Against, NOFX, Alkaline Trio) produced Dedication.

There's a lot to take in here as the band proficiently plays to their strengths without changing up too much of a working formula. Even if you wanted things to be shaken up a bit, I'm sure the fact that this comes off as a heartfelt love letter will be enough to allow you to let the little things or flaws go. One thing I noticed this time around is they don't dive straight into their blistering nature right off the bat. They alter quite a few of their intros to build suspense and tension before things get boisterous and it's a nice little sleight of the hand. "Twenty Nine" is one of these tracks that have an uncharacteristically slow and dramatic intro but as with the rest, it's well-arranged as it barrels into fits of chaos.

Honestly, After The Fall keep blowing my mind how melodic and cohesive they keep things. Metal riffs here and there also add layers of spontaneity to keep things fresh and even on "Live Fast" which has a demo feel to it, they show that despite being much more polished and produced on these 10 tracks, they can still rough it like the old days in terms of sound quality and how they translate their message over. Ultimately, Dedication is straightforward and humble while still keeping the band's essence at heart. As long as they continue to make music on friendship and experiences I can personally relate to, I'm in for the long haul. It sucks that we have to endure these tragedies and as unfair as it seems, it's music like this that helps me maintain faith that our lost ones are looking down on us, smiling cheek-to-cheek, head-banging, stage-diving and spilling beer on the pearly gates.

Hop Along: live in Allston