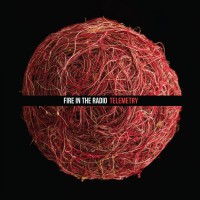 Fire In The Radio

With so many bands, finding a unique sound as a band is growing increasingly difficult. I mean, what hasnâ€™t been done before? Fire In The Radio, a band name I am still figuring out has a fresh perspective of the melodic folk-punk genre. With the hooks of Gaslight Anthem, The leads of The Menzingers, and the melodies of classic melodic punk, Fire In The Radio combines their elements to form their new album,Telemetry.

Telemetry flies all over the place. The bandâ€™s tone remains consistent, but thick guitars and catchy licks intricately differentiate the vibe and feel of each song. Every song Fire In The Radio pump out on Telemetry is filled with raw emotion on top of catchy and detailed punk rock rhythm.

Songs like â€œBuryâ€ and â€œLuna, Iâ€™ll Be Home Soonâ€ show the softer side of the band, While â€œJune 14â€ and â€Steve McQueenâ€ embody the fast melodic punk side. The best part is that both the soft side and the heavy side of the band are not so much black and white; they coexist in a gray area that gives the band room to really punctuate their sound.

The band truly has a dynamic that exists as the four members all work with each other to create complex songs that donâ€™t require a ton of thought. Itâ€™s the kind of album you can come home from work/school and mellow out too. Each song is as mellow as it is melodic, while still maintaining an edgy punk sound almost blending lo-fi in at times. The album has the potential to make you rock out or rock you to sleep, depending on your mood.

Fire In The Radio might just be the catchiest band in their genre. Their melodic songs are filled with powerful riffs and emotional vocals. Telemetryis a testimony to Fire In The Radioâ€™s strength to write indulgently catchy songs that will never lose their luster.

The album is even accompanied by a series of webisodes that led up to the release. The webisodes were shot in the style of Wes Anderson, which is awesome all on its own. If the record appeals to you, the webisodes are an essential.