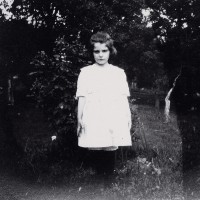 Take One Car's one of those personal gems that I wish the rest of the world knew about. They're a very under-the-radar band but It's Going To Be A Nice Day in 2012 was the point where I realized they were no longer about being kept in the dark. It was one of the most powerful and moving records of the past few years. Centered around experimental post-hardcore, these New Yorkers jam in a lot of alternative and indie elements to keep things gritty and never on the lighter side. Everyone You Know is Here Right Now isn't as hard hitting as their effort a couple years ago but still, it's another ambitious and distinctly defined go.

The album starts off with an atypical showing of years past, throwing back to jams like "Brim" and "Dear Ronnie" -- dense and macabre rock tunes that are coated with a haunting, eerie feel. "White Flag" and "In The Wind" open the record and continue to show their pattern of making music, focused around intricate, soothing melodies careening into louder headbanging sections. Tyler Irish continues to be the main sell on the vocals with his anxious voice rooted in emotional impact as opposed to melodic appeal. He comes off frantic, nervous and pained as he incorporates even more talkier aspects into his cracking voice. He comes off as even more of a poetic recital than usual. Stylistically, his narration does bring out an expressiveness they've always prided themselves with and without which their music would seem off. It works at the end of the day, although once more a lot of the songs are too long. This can take a toll as it does become taxing hearing him wax on and on at times.

"I Never Knew The Sound" and "Travel Agency" are a bit more upbeat and grungy as they're entwined in melodic and immersive harmonies. The intricacy of the guitars really shines here. Different medleys clash but not as a muddled mess. Each composition allows the other to breathe and even within songs, the various rock influences don't really grate away at each other. The musical technicality is a step up from a lot of their earlier stuff with even more polished attempts at distortion on the album's themes as well as the dark textures emerging. Definitely, the ambient rock and roll vibe comes at you heavily and again, if you're familiar with them, it's a soundscape that won't shock you at all.

Everyone You Know is Here Right Now is dedicated to the past years on the road and making music as well as to the loss of folks close to the band. Overall, I'd best describe their sound as an intense fluidity of emotional expression. Whether it's sludgy or uplifting post-rock, it's undeniable how the rougher and edgier mini-solos light a fire in you on top of some heart-gripping writing. This band has greater appeal as an artistic expression and once more, the music takes a life of its own. There's a lot of truth in their stories which vibrantly flow along. And the words glide in the precise direction the band intended. Can't ask for more. They continue to show their worth and definitely, this record isn't one to miss.