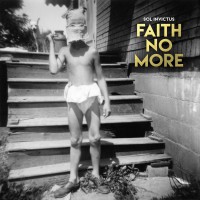 Faith No more has experienced a fairly unusual career arc. Their earliest origins go all the way back to 1979, but it took multiple changes in singers, guitarists and even band names before the group solidified in the mid '80s. When singer Chuck Mosley was fired after the band's first LP, 1987's Introduce Yourself, the classic line-up was born. With Mike Patton (vocals), Jim Martin (guitar), Billy Gould (bass), Roddy Bottum (keyboards) and Mike Bordin (drums), they would find their greatest success. 1989's The Real Thing would go on to sell more than 4 million copies worldwide, and make the band radio and MTV darlings. A couple of legendary, electrifying live television performances only added to their growing reputation. Faith No More's success in the late '80s/early '90s allowed them to tour the world playing theaters, as well as opening for the monstrous Guns 'n Roses/Metallica stadium tour in the summer of '92.

Faith No More's sound has always been difficult to define. They play hard rock and funk and punk and disco and metal and lounge all mixed into a strange brew. They're comfortable covering the Commodores or Black Sabbath or doing a polka version of the Dead Kennedys. Despite the success of The Real Thing, the band seemed to have no interest in repeating that winning, but mostly hard-rock-oriented formula. Beginning with 1992's Angel Dust, the band would spend the rest of their initial run making weird, non-commercial music for a small but devoted fan base. Truthfully, cult band status always seemed to suit them better than rock star status did anyway. When the band decided to call it quits in 1998, it barely made a ripple on the musical radar. There were no teenage girls crying in the streets, or stirring tributes on the national news. Faith No More ended almost as unnoticed as they began.

Faith No More was missed as the years went by. The manic and unpredictable live shows were missed. The strange records that thumbed their nose at the music industry were missed. Maybe even an era where a wild, antisocial band could slip through the cracks and find mainstream success was missed. When Faith No More initially reunited in 2009, there were many more people celebrating than there were people mourning the band's demise 11 years earlier. The live shows were getting rave reviews and were in high demand. They were well attended by the faithful as well as the curious. The only downside was that they were unable to reconcile with fan favorite guitarist Jim Martin, as many feel the band suffered when he left in 1993. Current guitarist Jon Hudson played on the band's last studio record, 1997's Album of the Year, so as far as reunions go, this one is pretty authentic. So what do we get from a new Faith No More LP in 2015? We get a band playing weird, non-commercial music that will appeal to its small but devoted fan base.

Sol Invictus means unconquered sun. It was the name of the sun god of the late Roman Empire, and the patron of soldiers. "Sol Invictus" the song is a piano driven lounge number that refuses to resort to rocking. This is how the album begins. Those hoping for bombast are reminded that Faith No More has never been a slave to expectations. "Superhero" was released as a single a couple of months ago, and is one of the harder rocking tracks on the LP. It's a memorable song and probably gives the band its best shot at airplay. "Sunny Side Up" brings the funk with that recognizable bass sound, and is as upbeat as its title suggests. "Separation Anxiety" is aggressive and a little spastic, in a good way of course.

"Cone of Shame" and "Matador" are prime examples of Faith No More at their very best. They are sweeping and ambitious, shifting effortlessly from one musical genre to the next. These are the type of songs that the devoted will truly relish. "Rise of the Fall" has a reggae beat and eastern European undertones. "Black Friday" seems to evolve from a disturbing nursery rhyme. "Motherfucker" was the other track released prior to the album, although this one has zero chance of airplay. It's reminiscent of "Pepper," the lone hit by fellow space cadets the Butthole Surfers. It's super catchy and you'll probably have to fight the urge to sing it in front of small children. "Back From the Dead" wraps things up with the band's twisted take on a folk song.

Faith No More is in fact back from the dead, and their time in the grave seems to have done them some good. Sol Invictus was worth the wait. It's an artistic triumph on par with the best of their '90s stuff. The faithful will savor every note of these ten new songs. In an era of constant, pointless reunions, here's one that's finally worth the hype. Faith No More really do seem to be unconquered suns. They make music on their own terms, take it or leave it. You should definitely take it.