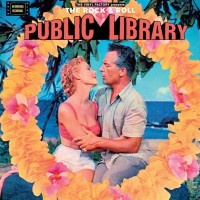 Millions of people loved The Clash, and for that band there were always two prominent personalities: Joe Stummer and Mick Jones. When Mick Jones and The Clash parted ways, the remaining members would release an album called Cut the Crap which truth be told â€¦ most fans of the band wish they would have done prior to the release of the album. Meanwhile, Mick Jones had formed Big Audio Dynamite who released their self titled debut, which was better received than anything on The Clashâ€™s final album. Fast forward thirty years, and the world has been without Joe Strummer for over a decade. Mick Jones is still making music, reuniting with fellow London SS alum and Generation X bassist Tony James in a band called Carbon/Silicon. This time out Mick Jones is flying solo on the six song release Ex Libris.

If you check this album out with the hope of hearing something similar to Big Audio Dynamite or Carbon/Silicon youâ€™re going to be disappointed. Ex Libris is a fully instrumental collection, which actually is what initially drew me in. Jones was the primary songwriter for The Clash after all, and my favorite album by them, Sandinista breezes through multiple genres and even regions of the world over the course of a sprawling triple album. However, the thing with instrumental albums is there are instrumental albums that stand on their own and then there are instrumental albums where you feel like somebody couldnâ€™t be bothered to write lyrics or record vocals. Ex Libris splits this down the middle for the duration of this release.

This isnâ€™t to say itâ€™s bad, if the primary objective of an instrumental album is to show of the prowess of musicians and their abilities, the album works in the sense musically it is well executed. The biggest issue for me is too often thereâ€™s little to no swing in the music and several of the songs follow the same chord structure. Which for a website with the word â€œpunkâ€ in its name would seem like a good thing, in this instance it is not. The lack of variety does this album a disservice because it feels like a jazz album without a great drummer and bassist to make the music swing a little bit. Itâ€™s not that the music isnâ€™t technically good, from a musical theory perspective. Itâ€™s that it lacks the soul youâ€™d find on any of Mick Jonesâ€™ previous projects.

The major bright spot on this entire release for me was the album closer â€œBad Moodâ€ where the sound actually opens up a bit. This song actually sounds like a band jammed on it a little bit and was willing to play with the sound. Whereas the rest of the album seems so thoroughly planned out that it came off like a technical exercise rather than a group making music in a room. It wasnâ€™t that anything on this album was bad, itâ€™s that until the final track you felt like you were listening to great ideas that had a lot of room left for development in them. With â€œBad Moodâ€ you got the full picture, and it works wonderfully.

Iâ€™m not going to make this all Mick Jonesâ€™ fault though. When you pick up an album by someone with the musical notoriety of Mick Jones â€¦ you have an expectation. Even when you read the one sheet that gives you some idea of what the album is like, you interpret that information through what you already know about the artist. Which makes reviewing stuff like this release hard, because my preconception of what this should sound like is most likely wrong, thereâ€™s no doubt in my mind Mick Jones released the exact album he wanted to. Unfortunately, it just doesn't do a whole lot for me.