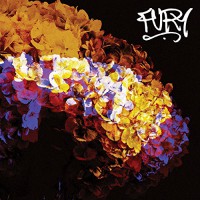 Koji's one of my favorite solo acts around. There's something about his minimal, sincere approach to indie rock that sits well with me. I've never been disappointed with any of his albums and in Fury, he ups the ante even more by shifting into a more upbeat yet somewhat traditional style of '90s rock, which he said should be evident given he's been listening to more bands like Superchunk and Built To Spill over the last few months. This four-track EP finds Koji more mature and riskier and it's a more-than-decent change of lanes in his musical journey.

He's always crafted great music based off personal experiences, especially in the acoustic arena. This time, there's more buzz with his songs, and this non-linear approach (coupled with a crisp production) should please '90s flannel-wearers quite well. The guitar structures are rougher and more cut-loose than what he's done before. He's teased tracks like these in the past but they've never really been prominent in his resume. This EP feels like he's more sold to this particular style now as seen on "Fury" and "Everyday." The latter feels familiar but still you can sense the subtle changes in sound he's adopted and it feels like Koji's really ready to push things up a rung.

As "Question" caps things, it's apparent that Koji wants to chart new waters while still retaining the characteristics and musical attributes that won over fans of old. He doesn't seem to want to make a big jump too soon. And this is perfectly fine. Fury is a gradual shift but when you take in the rest of his work, you can see it's a natural progression.

Fist City: Everything is a Mess