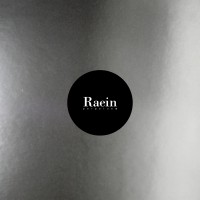 Raein have switched out their rougher, more frantic edges for a calculated, cerebral style of music. It's a shift that post-hardcore/screamo fans could liken to Pianos Become The Teeth but with this Italian outfit, there's still a lot of noise and anger to create those heavy walls of destruction. While not as intense as before, Perpetuum is still an EP that's very much in line with the beautiful chaos oozing out Raein's music and one that fits right up there with the likes of Loma Prieta and a couple other Deathwish bands, which makes sense given they share tour billings.

"Drvenik" encapsulates the more mellowed style of the band as the record, clocking in under 20 minutes, shows off the bat how it's intended to be a statement of the band's direction. They don't lash out as much but still they connect. Their efforts here, driven by the deluge of emotion and passion on tap, don't feel diminished at all. A lot of this is chalked up to their most consistent feature - the intricate and dynamic style of guitars that cut like blades on top of crashing cymbals and frenetic drums. There's no let up even when they wheel it back a bit. Most of their music, even when amped up, feels tailored more to the despaired than the hopeful.

"Giovanni Drogo (Requiem)" nods a bit to At The Drive-In in its yelling and through these wails, you appreciate much more how much they've come from the past as opposed to where they're steering the ship now. In fact, you get a great balance of the old and the new in Raein's musical journey. Gentle drums rolls and coy guitar melodies suddenly snap in and out of aggression and it's this duality which you'd find a lot of comfort in, especially if you're a post-rock fan. Not surprising, given their background and the composition of band-members. At times, the record is too somber, at times it meanders a bit but overall, it's a cycle I'm willing to forego. Raein, while compromising their old sound, show a daring nature that reminded me of when Envy changed things up a bit, yet still managed to work so well. Some tracks do lose you and feel repetitive but overall, it's nothing that harms the record much.

As "Senza Titolo" caps things, you can't help but feel drawn to this. Like moths to flames. It's a small package but one that feels progressive and complete. It's packed with endless emotion and there's a lot of comfort in how Raein speak to the listener. Amid the carnage, there's a light to be found if you look hard enough. This EP justifies that statement. It isn't the Raein of old but it's the Raein I'm more than happy to move forward with.