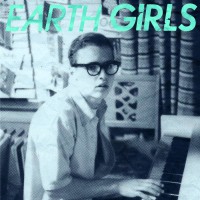 On their latest release, Someone Iâ€™d Like to Know Chicagoâ€™s Earth Girls continue their brand of hook laden pop-punk with sugary sweet female vocals. Which sums this band, and their entire discography up perfectly, every ounce of this record is just a great pop album â€¦ in the best sense of that term. The band never seems to be going for mainstream appeal, but draws from the same list of influences as The Ramones did. They wear the early rock of groups like Buddy Holly and The Crickets and any number of girl groups Phil Spector would produce on the same sleeve as their love for the first few Ramones albums.

The first two songs, â€œSomeone Iâ€™d Like to Knowâ€ and â€œBad Intentionsâ€ stick perfectly to this formula and the band makes it work, in doing so they bring the more modern styles of All Girl Summer Fun Ban and Peach Kelli Pop. The third song on the four song release, â€œRoom to Breatheâ€, opens the sound up toward the end bringing a bit of distortion and guitar noise into the mix. In doing so, the band offer just enough dissonance amongst their otherwise sugary sweet pop-punk they create the best song on the album. While every song on here is catchy as all hell, the slight change up makes this song memorable and the one I find myself revisiting the most while listening to it.

This entire 7-inch is filled with almost perfectly written hooks and great vocal hooks, making the record nine minutes of non-stop fun. Much like The Ramones before them, this band never tries to be overly intelligent, highly intellectual, or take come off too seriously. They just put together a record that not only rocks, but also ends up being a lot of fun.