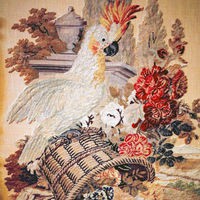 To try to do something like describe Bird in terms of the different shades of influence, subtle changes that may have occured subsequent to Bangers' collective listening activity since their last LP (2013's Crazy Fucking Dreams), would be to completely miss the point here. A better idea would be to highlight just how this new record fits into the ever-growing Bangers backcatalog.

Released on Specialist Subject Records (run by bassist Andrew Horne from Exeter, UK) each record in the Bangers oeuvre from 2010's Dude Trips collection onwards, has it's own flavour, each a development, a fresh take on their sound. So to talk about reinvention as a band seems almost superfluous, except that with such a well-rounded and diverse palette of noises and a marked sophistication of musicianship, saying Bird is a maturation is quite the understatement. This is emergence from the chrysalis; this is Bangers: Phase II.

So if Bird is the best recorded incarnation we have of Bangers to date, then here are some reasons why.

Each album boasts a bespoke sleeve design by an artist of the band's choice, singer and wordsmith Roo Pescod explains. "Artwork wise, we choose who we want to [do] the work, ask if they're up for it, send them the music and see what they come up with. So for Bird we just asked Minty (from Caves - frequented on the drums by Banger Hamish Adams) if he had any cool ideas, and he sent us a photo he'd taken of this tapestry which I just fell in love with instantly. In fact I just instantly replied that I wanted it and that we should call the record Bird. Previously we didn't have any good names or really any ideas at all." Each album cover is not only a unique piece of work in its own right, it serves as a visual comparison that corresponds to the contrasts from one release to the next. And the organic nature of the process this time around is in perfect keeping with the feel of the music.

From the fucked up, Weezer-esque, squealing feedback that welcomes us into opener "No!," almost instantly a realised breadth of scope for layered sounds is audible. In standout contrast from previous work are Pescod's vocals. Along with a now very familiar style of witty rhyming and whatnot, there is an obvious departure from the "cross your fingers, hammer out the melody and blame all mistakes on Punk rock" school of singing. Now we have a confident prowess (check out "I Don't Feel Like I'll Ever Be Clean Again"), something that has been crafted over the span of the band's career. Naturally entering in on Mannequin are some decidedly Dan Adriano vocal nuances and later some Lars Fredrikson vibrato thrown in for good measure. There is the feeling that loyal Bangers fans, who enjoy being forever kept on their sonic toes are being rewarded with a special treat, and potentially a whole lot of new, fellow fans in the process. If the idea of more frills and melodic adornment worries you, fear not, there is an equal (if not increased) amount of anguish and aggression to back it up. The opening riff to "The Trousers of Time" is like a twisted rendition of Weezer's "Say It Isn't So," but the power behind the delivery just reinforces the idea that this band has truly transformed, they've embraced the weird, now they command it.

From Pescod's earlier, objective analyses of modernity, a lyrical evolution has taken place, allowing space for a perhaps more resolute, reflective and emotionally driven talent to emerge. Creatively, the trio seems to have grabbed onto some wild beast for dear life and ridden it down every musical path, with gusto, and a youthful, hooliganistic charm (as much as you can expect from some mild-mannered country bumpkins). I asked Roo to help me understand the journey the band has been on.

CE: Would you please confirm or deny my assumption that this album is a bit like stepping out into the light (prettier parts like in closer Partial Eclipse - in tandem with the ostensible positivity of the lyrics - we haven't heard Bangers sounding like this before!) after going down a somewhat treacherous rabbit hole (Mystery Tape - CFD even?) emerging slightly buggered but knocking the mud off your... Converse... with an altered perspective and better off for it? As far as with Bangers' sound anyway.

RP: I think that's a pretty fair summary. I had a weird year which left me in a very poor hole which I've had to drag myself out of. I ran away into isolation and started making surfboards with my girlfriend and it almost ended us. It took about 4 months to realise that [I] just had to get out of there, and so the album is about a few mistakes we've made on the way to rebuilding our working, creative and social lives. Things are pretty good and balanced now, but that kind of balance is always really precarious . . . I used to write everything, which started to change around CFD where we jammed a lot more. Mysterious Ways we just jammed all of and wrote the lyrics together. Bird is a good mix of songs that I just wrote and we played with together and songs that we jammed together. I wrote all the lyrics though. Just about every Bangers song is about stuff that I've been up to or thinking about.

Without making them sound like The Beatles or anything, this new record is the result of years of risk taking, experimentation and straying from the beaten path of well-loved, tried and tested, happy sounding, hyperactive rock music. It's not an achievement that can easily be shrugged off. "I listened to it again yesterday and I'm still super proud of it." And so you should be sir, so you should be.