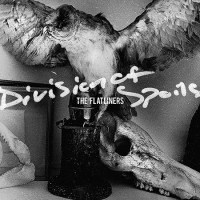 For some reason itâ€™s hard to think of the Flatliners as veterans of the punk scene, but at this point itâ€™s undeniable: going strong for over ten years, theyâ€™ve released four albums and a litany of EPs and singles that have delivered each and every time. I suppose itâ€™s their ability to always sound fresh that keeps them from feeling like theyâ€™ve been around for as long as they have. Division of Spoils is 23 tracks culled from this decade of the Flatlinersâ€™ existence, and the collection of B-sides, singles, and covers demonstrates their uncanny ability to produce excellent Fat Wreck-style punk rock. Now one of the premiere bands on the label, the Flatlinersâ€™ B-game is better than most bandsâ€™ A-game, and Division of Spoils makes this fact plain.

Specializing in a form of frenetic punk rock with a musicianship somewhat akin to fellow Canadian legends Propagandhi, Chris Cresswell and company bring the shred to every song they produce. Cresswell himself remains one of the most talented singers in the punk scene, and the diversity of his vocals, as well as its evolution, is never more apparent than on Division of Spoils. Switching effortlessly from a scratchy scream to a mellow croon, it is impressive to listen to how he has refined his voice over the years. But it is not just the vocals that impress -- bassist Jon Darbey is one of the best in the scene at his craft as well, and drummer Paul Ramirez features a very clean, almost clinical style that reminds one of Jord Samolesky of Propagandhi. Combined with impressive guitarwork, the Flatliners never half-ass anything.

One could hear Division of Spoils and, not knowing the better, believe it a proper full-length. The songs assembled donâ€™t have the â€œthrow awayâ€ feel so many of these collections have. While it lacks some of the thematic cohesion of most albums (as is expected with collections of this sort), quality is never an issue. Highlights include banger â€œBroken Menâ€, â€œThis Guy Reads From a Cardâ€, â€œCalutron Girlsâ€, â€œDaggersâ€, the fantastic â€œWynford Bridgeâ€, and â€œSticky Bastardsâ€. Included in some of the older songs on the collection are ska elements that the Flatliners originally were associated with, including in the excellent â€œSleep is For Bitchesâ€. Towards the tail-end of Division of Spoils is a collection of covers, including Johnny Cashâ€™s â€œCry Cry Cryâ€, Tragically Hipâ€™s â€œAhead by a Centuryâ€, and â€œStraight American Slaveâ€ by Rocket From the Crypt. These covers give the Flats a chance to explore satisfyingly different sounds -- â€œCry Cry Cryâ€ sounds like the best Against Me! song youâ€™ve never heard, while â€œStraight American Slaveâ€ stays faithful to the original, showing the Flatlinersâ€™ more raucous, rock nâ€™ roll side.

Division of Spoils is an impressive look at the bandâ€™s â€œotherâ€ songs, and demonstrates just how talented this band really is. Not only is it good, but it feels like a vital part of the Flatlinersâ€™ discography.